Druid Hills High School was placed on a lockdown Thursday morning due to a report of an armed person.

DeKalb County School Police Chief Bradley Gober said the student was taken into custody Thursday afternoon with the help of the Emory University Police Department. The juvenile faces charges of aggravated assault and carrying a weapon on school campus. The child's name has not been released due to their age.

Druid Hills High School was placed on a "level 2" lockdown shortly after 10:30 a.m. when several students reported the teen to the principal’s office saying they believed he had a gun on him. School resource officers from several other campuses responded to assist in a classroom-by-classroom search for the student and the weapon.

Once the building was cleared, officers turned their attention to the nearby woods and park. School police also alerted the Emory and CDC campuses.

North Druid Hills High School was placed on lockdown due to a report of an "unsafe situation." Emory University alerted its main campus of a possible armed subject. The two incidents appear to be related.

"The lockdown did not result from an active situation," DeKalb officials told FOX 5.

"Emory Alert Police are on scene at Druid Hills HS. Possible armed subject on Emory Campus Shelter in place. We do not have an active shooter on campus," the university tweeted at 12:08 p.m.

Shortly after Emory sent that alert, normal classes resumed at Druid Hills High School and the search for the student expanded off campus with school police receiving the help of DeKalb County and Emory University police departments.

Officers were able to get ahold of the teen's family who cooperated with police. They attempted to track the student's phone to locate them.

Emory University police eventually found the student, but didn't find a gun. Chief Gober said the student was helping to lead police to the gun. That gun was eventually recovered around 4:30 p.m. in a wooded area near the North DeKalb Mall.

"We are glad nobody was injured or got hurt," Chief Gober said.

The chief could not say what the motive was for the teen bringing the gun on campus grounds. 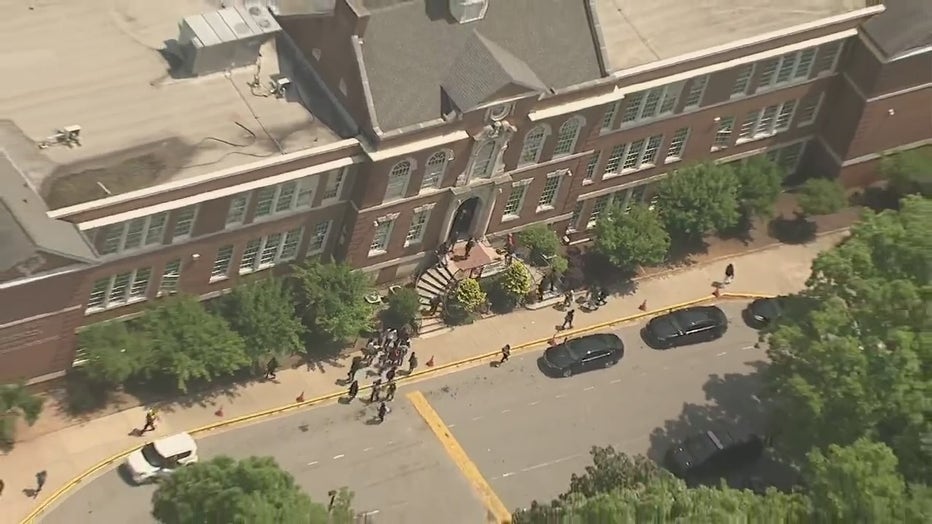 Chief Gober said this is example of how the current policies put in place by the school district actually work.

"What played out today was a perfect example of how our students take their safety very serious," the chief said.

The chief said 95 percent of all incidents where guns are brought onto a school campus prompted a student to alert school officials.

This is the 14th gun found on the campus of a DeKalb County school this year, the chief said.

The investigation into the incident continues.