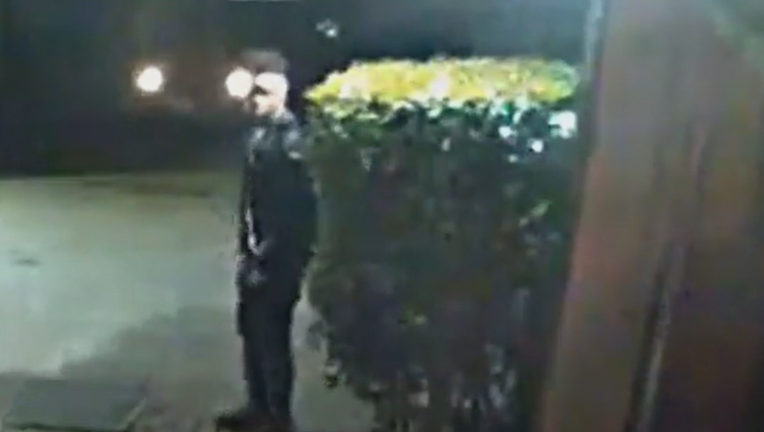 The aggravated assault happened in December on Floyd Street, which is near Gaston Avenue and Good Latimer Road in Old East Dallas.

Surveillance images showed a man in a ski mask getting out of dark-colored, four-door sedan as the victim was parking her vehicle in her garage at night.

The man reportedly hid behind a bush. As the woman was getting out of her car, he hit her in the face with a handgun and robbed her.

Anyone who recognizes the man is asked to contact the Dallas Police Department’s robbery unit at 214-671-4296 or john.brow@dpd.ci.dallas.tx.us