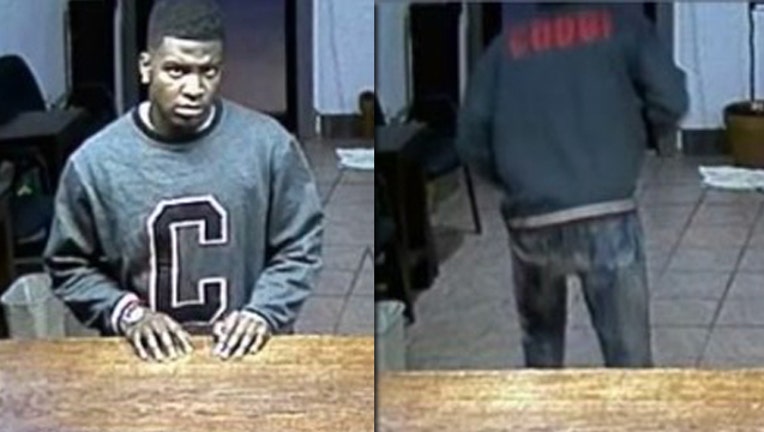 The Austin Police Department is asking the public for help in identifying and locating the suspect in the aggravated robbery of the Park West Hotel in South Austin.

It happened at around 7:15 a.m. on October 1. Police say the suspect entered the hotel and asked about the price of a room. He then produced a weapon and demanded money from the clerk.

Police say the suspect left with an undisclosed amount of cash.

Detectives are asking anyone with any information regarding this incident to call the Robbery Tip Line at 512-974-5092 or Crime Stoppers at 512-472-TIPS or text "Tip 103" + your message to CRIMES.