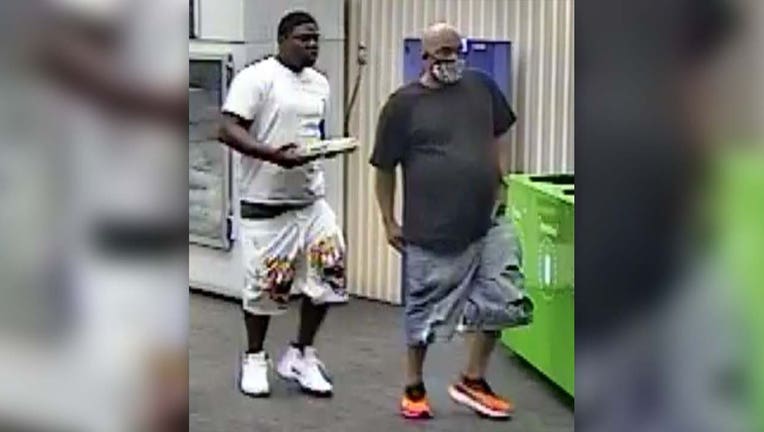 AUSTIN, Texas - The Austin Police Department has released photos of the suspects they say shot and killed and a man at an Austin Walmart on November 24. The two men are wanted in connection to the shooting death of 28-year-old Jose Juan Vasquez.

The first suspect is identified by police as a 34-year-old Black male, 6'1" tall with a large build. He was last seen wearing a white t-shirt and white shorts with "Metal Night" print and white Jordans shoes. 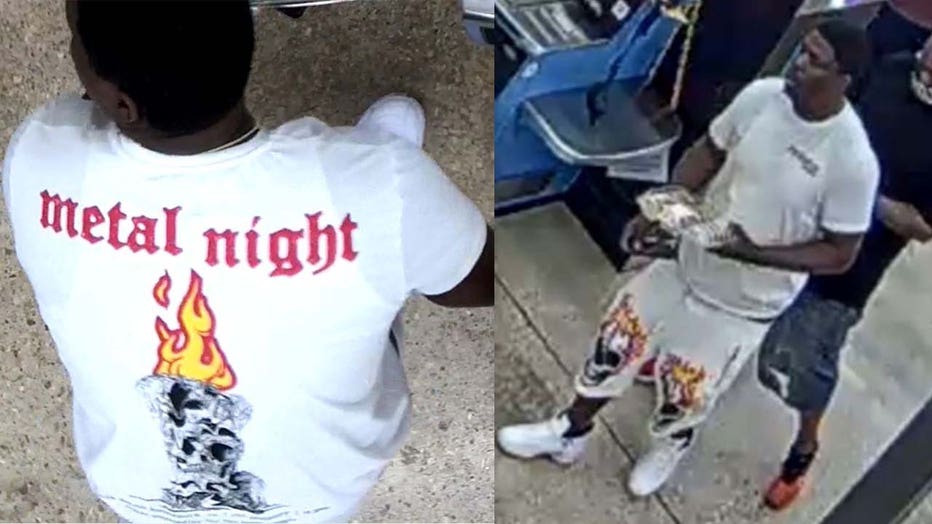 The second suspect is identified by police as a heavy-set 40-year-old Black male who is approximately 5'10" tall. He was last seen wearing a black t-shirt, torn blue jean shorts, red/orange running shoes, and a black mask with white lettering.

Police say they believe the suspects left in a black sedan, possibly a Ford. 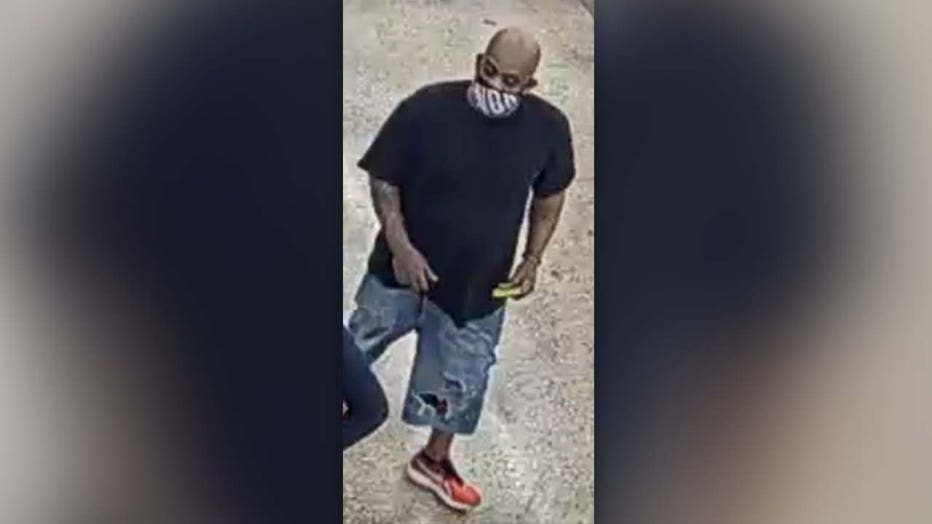 WHAT HAPPENED ON NOVEMBER 24?

Detectives are asking anyone with information or video of the incident to call police. Information leading to an arrest may be eligible for a reward of up to $1,000.

According to police, officers, along with Austin-Travis County EMS, responded to the parking lot of the Walmart at 1030 Norward Park Blvd around 10:39 p.m on Wednesday, November 24. When first responders arrived, they found a man in the parking lot who had been shot several times.

The victim, identified as Vasquez, was taken to Dell Seton Medical Center at the University of Texas where he died from his injuries.