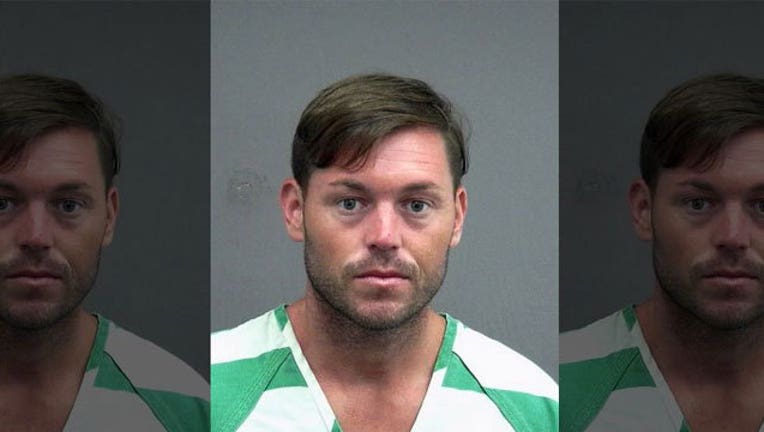 Police say footage taken by a bystander shows Shaw raping an uncoscious woman behind a trash bin outside a Florida restaurant on Thursday, July 21, 2016. (AP)

GAINESVILLE, Fla. (AP) — A 34-year-old man was captured on a video raping a 19-year-old unconscious woman behind a trash bin outside a Florida restaurant, police said Friday.

The video shows Christopher Shaw raping the woman early Thursday before two witnesses separated them, said Gainesville Police Department spokesman. He said the video was taken by one of the witnesses.

Shaw was charged with sexual battery and jailed on a $500,000 bond. Jail records did not list an attorney for him Friday. His arrest comes just a week after a former Vanderbilt football player was sentenced to 15 years in prison after he was convicted of taking part in the gang rape of an unconscious female student. It also comes amid the widespread furor over a Stanford University swimmer who was sentenced to six months in jail earlier this year for raping an unconscious student behind a dumpster on the university campus.

"Upon viewing the videos, it is clear the victim was mentally and physically unable to give consent due to her level of intoxication," the police report on the Gainesville attack said. "The victim was slumping over and unable to hold up her head. The (defendant) can be seen pushing the victim back up. ... When pushed back up the victim's eyes were closed and her head fell back against the dumpster."

The two witnesses told investigators the woman was unable to walk on her own, couldn't keep her eyes open, and had difficulty speaking, the report says.

When the woman regained consciousness at a hospital several hours later, she told police she didn't know Shaw and had not consented to sex with him, according to the report. She also said that at one point she attempted to push him away and told him no "but was physically helpless because she was going in and out of consciousness due to her level of intoxication."

The Associated Press does not generally identify victims of sexual assault.

Last Friday, former Vanderbilt football player Cory Batey was sentenced to 15 years in prison after being convicted of taking part in the gang rape of an unconscious female student in June 2013. Last month, a judge sentenced former Stanford University swimmer Brock Turner to six months in jail and ordered him to register as a sex offender for life after a jury convicted him of raping a student behind a campus dumpster in January 2015. Prosecutors had sought a six-year sentence. The lighter sentence prompted charges that the white judge let Turner, who is white and from a wealthy family, off easy because the judge also played sports at Stanford.

The judge cited Turner's clean criminal record and the effect the conviction will have on his life.