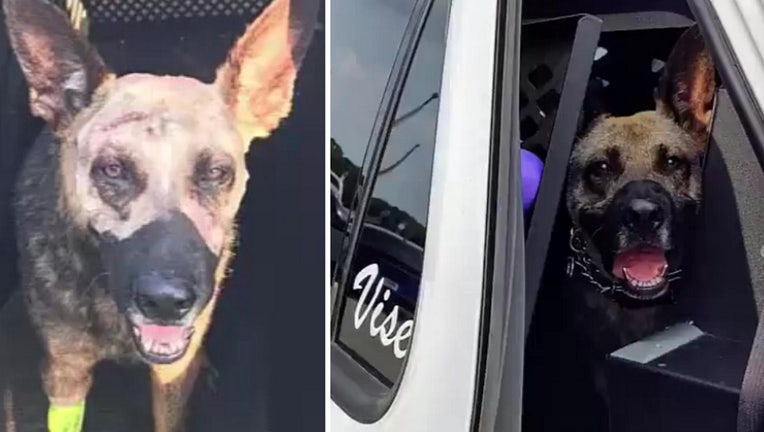 LAKELAND, Fla. - A Polk sheriff's K-9 is back on the job just two-and-a-half weeks after being stabbed in the head by a burglary suspect.

The Polk County Sheriff's Office said K-9 Vise had been attacked by 31-year-old Carl McHargh Jr., who had broken into a Lakeland home on March 28.

The dog needed emergency surgery for multiple stab wounds and an arterial bleed. 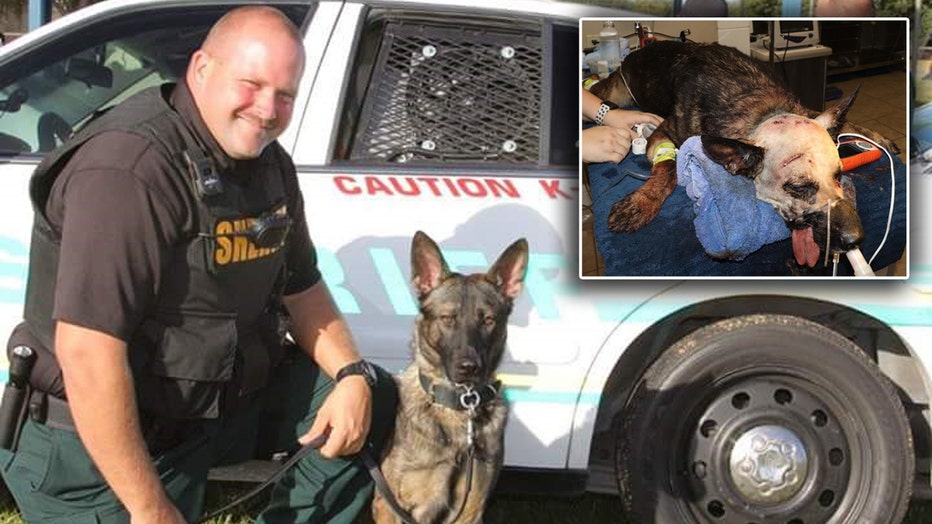 After 18 days of recovery, the sheriff's office said Vise is back at work.

"Vise, our hero, returns to duty after being stabbed and undergoing surgery and stitches," they wrote on Twitter. "He's received gifts and well-wishes from all over the country! We are so proud of our very good boy!" 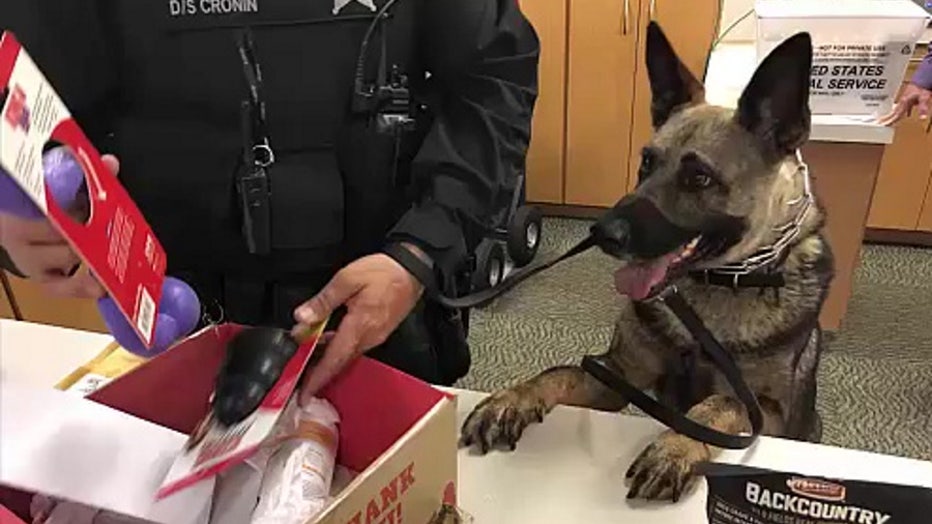 Vise celebrated his 6th birthday during his recovery with a cake as his handler, Deputy Scott Cronin, serenaded him with a song.

Investigators said following the arrest, McHargh suffered a "significant medical event suspected to be excited delirium from his cocaine-induced state." He was revived with Narcan and CPR, then brought to the hospital and intubated. McHargh later died.