The queen’s birthday falls just four days after she laid her husband Prince Philip to rest. Heartbreaking images from the funeral showed Elizabeth sitting alone as her husband of 74 years was taken to the royal vault in St. George’s Chapel.

Now, the matriarch of the House of Windsor enters a new phase of her reign without the man who’d been by her side since she was just a princess.

Even so, it will begin with the comfort only her family could provide. Some members of the royal family are expected to be with her on Wednesday.

Elizabeth expressed her thanks for all the "support and kindness" shown following the death of her husband.

In a statement posted on social media, in which she personally signed off as Elizabeth R, the monarch said it has been "a comfort" to "see and to hear all the tributes to my husband" from within the U.K., the Commonwealth and around the world. 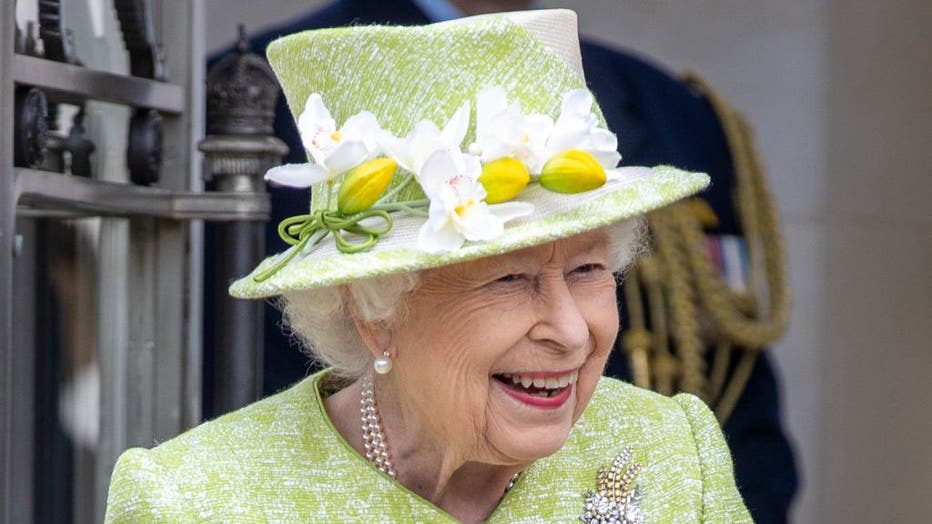 "My family and I would like to thank you for all the support and kindness shown to us in recent days. We have been deeply touched, and continue to be reminded that Philip had such an extraordinary impact on countless people throughout his life," she wrote.

According to Buckingham Palace, her majesty privately commemorates her birthday with her family every year while cannon fire marks the occasion through London. Hyde Park is home to a 41-gun salute, Windsor Great Park fires 21 rounds and a 62-gun salute is held at the Tower of London.

But those celebrations didn’t happen last year with the world fresh into lockdown measures brought about by the COVID-19 pandemic. And they may not happen this year with the two-week royal mourning period for Philip being observed until Friday.

Even so, the queen’s birthday will be celebrated again this June.

The United Kingdom has celebrated the reigning monarch’s birthday twice since 1748. King George II was born in November, which is known for unpleasant weather. So he decided to place another celebration in June, which increased the likelihood of good weather. The tradition has continued ever since.

The June celebration features the Trooping the Colour, a parade featuring 1,400 soldiers, 200 horses and 400 musicians dedicated to the sovereign.

Crowds line the streets from Buckingham Palace down The Mall to Horse Guard's Parade in Whitehall waving Union Jacks.

Once the royal family reaches Horse Guard’s Parade, troops greet her with a salute. When the last of the soldiers march by, the family travels back to Buckingham Palace where the queen takes the salute again.

The ceremony concludes with a fly-over by the Royal Air Force and a 41-gun salute in Green Park.

Still, the pandemic may prevent the celebration from happening again this year.