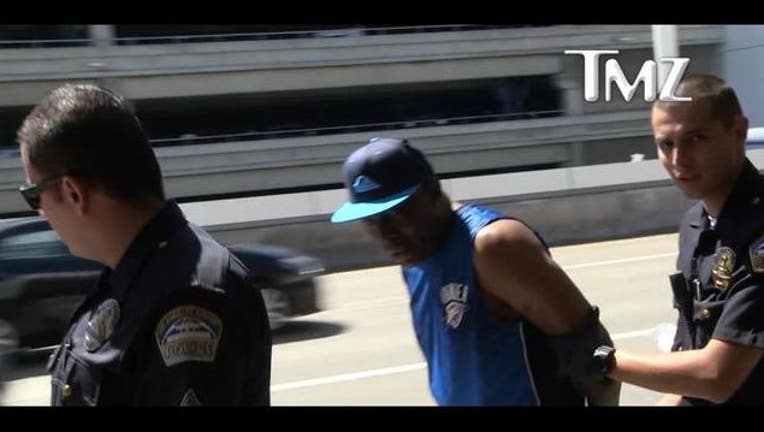 Screenshot of Coolio at LAX airport, via TMZ.com

On September 10, 2006, the rapper was arrested at LAX on suspicion of possessing a stolen loaded firearm when a bag with the weapon was detected at security screening.

Artis Leon Ivey, Jr., 53, of Las Vegas -- whose stage name is Coolio -- was booked on Monday, September 12th at the Los Angeles Police Department's Pacific Station for possession of a firearm by a felon, airport police Officer Alicia Hernandez said.

LAX police were called to Terminal 3 at 10:50 a.m. on a report of a prohibited item at TSA screening, Hernandez said.

"Upon arrival airport police immediately took possession of a carry-on bag in the X-ray screening belt," Hernandez said. "They also detained a 39- year-old man who claimed to own the bag.

"Further investigation revealed that the bag contained items belonging to one of the suspect's traveling companions who left the screening area and boarded an aircraft for departure," she said.

Airport police then detained the second suspect, who told them the bag was his, Hernandez said.

While both men were taken to the Pacific Station, only Ivey was booked. The other man was released, she said.