A big campaign to raise money to restore the historic Mason County Courthouse is underway. The courthouse was set on fire in February 2021.

MASON COUNTY, Texas - Construction crews are busy working in and around what’s left of the Mason County courthouse. The process of rebuilding the historic structure is cause for celebration for those who live in this small hill country town.

"We love it, we love it, getting to see it every day, the changes it’s amazing," said Mason resident Jennifer Munsell.

It's amazing progress considering what the courthouse looked like during the overnight hours of Feb. 4, 2021. It was set on fire by an arsonist.

Those who didn’t come to the town square watched a live feed on social media. Cayci Peel who owns a store across the street said it was an emotional night for everyone.

"I think a feeling of heartache there were people just out here crying. I mean we all just watched almost in awe," said Peel.

Tuesday afternoon county Judge Jerry Bearden showed how intense the fire burned the courthouse. The courthouse bell melted after it fell from the top of the building.

"My office was the last one to catch on fire, and I went down on my knees, the next day I had people coming in and telling me, judge you can’t let them tear it down," said Judge Bearden. 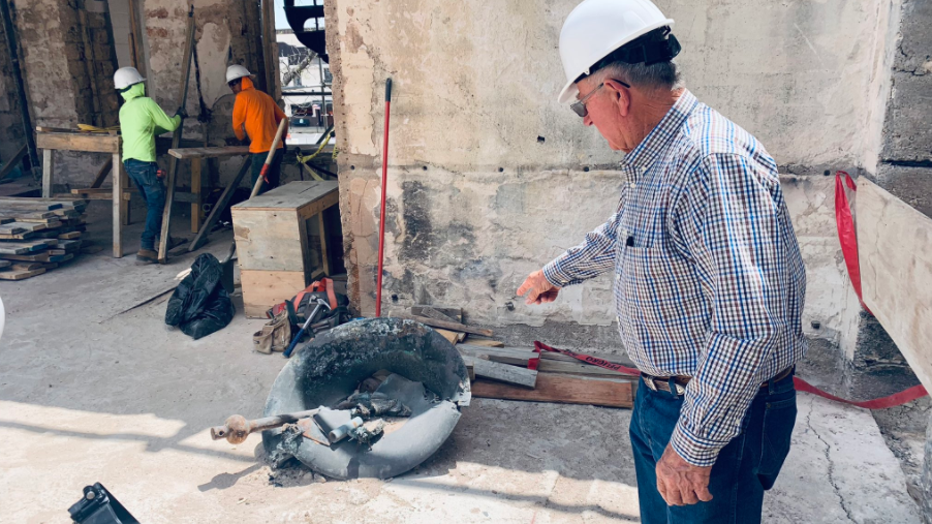 He was able to keep that promise because of a unique building design. The second floor is concrete, divided by a concrete wall. That strong cross-section prevented the exterior walls and the iconic 16 columns from collapsing.

An interior concrete ring is now being built to hold steel trusses for the new roof. The plan is to reopen by June 2023 and avoid inflationary price hikes.

"We didn’t sit around, we went out really fast to lock these things down before it really started that ball rolling and things getting so expensive now," said Bearden. who added they plan to have a big party in June or July next year.

It’s estimated that rebuilding the courthouse is going to cost about $20 million. The county got some insurance money and also some grant money from the state, but still had about $5 million leftover.

A big campaign to raise that money is still underway. 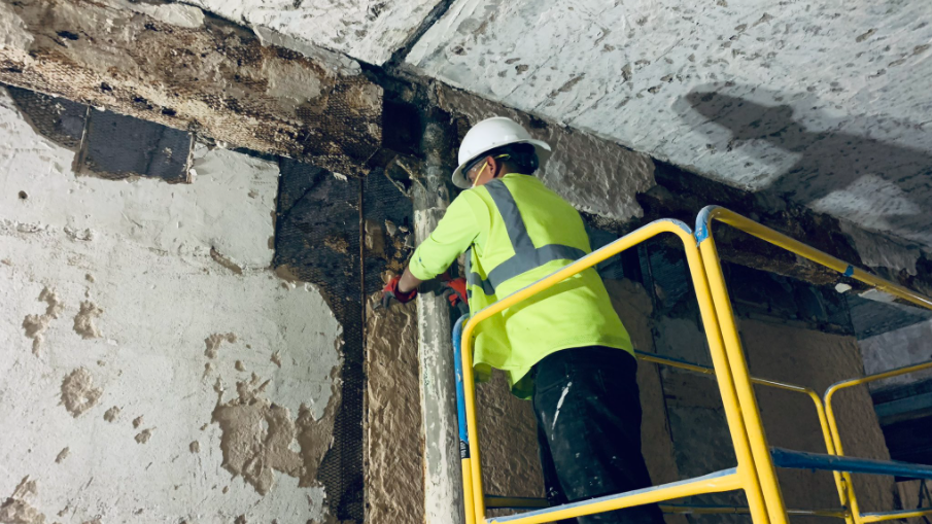 The county is currently about $2 million short of raising the $20 million that’s needed. A tall task considering the annual county budget is only $5 million. But Judge Bearden is confident they will not only reach their goal, but will exceed it.

"I’ve got a lot of friends, that’s really come across for us," said Bearden.

Those friends include a few  people from out of state as well as a local community group called "friends of the courthouse."

The man who allegedly set the fire remains in jail. A trial date has not yet been set.