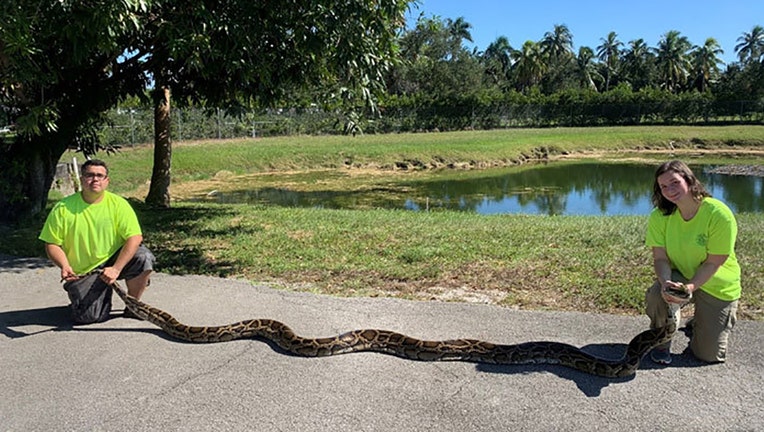 FWC said the female python is the largest snake ever captured by their Python Action Team, and the second-largest python ever caught in the wild in Florida.

The largest python ever caught in Florida was back in 2013. The female python was over 18 feet, 8 inches long and weighed 128 pounds.

"Capturing large adult females is critical because it prevents them from potentially adding an average of 30 to 60 hatchlings to the population each time they breed," FWC said in a statement.

This huge 18 foot, 4 inch invasive Burmese python is the largest ever captured by the Florida Fish and Wildlife Conservation Commission's Python Action Team. It was located in the Big Cypress National Preserve.

Environmentalists say the invasive species is responsible for killing deer, alligators and other important wildlife in the area. Their presence is causing lasting damage to the ecosystem.