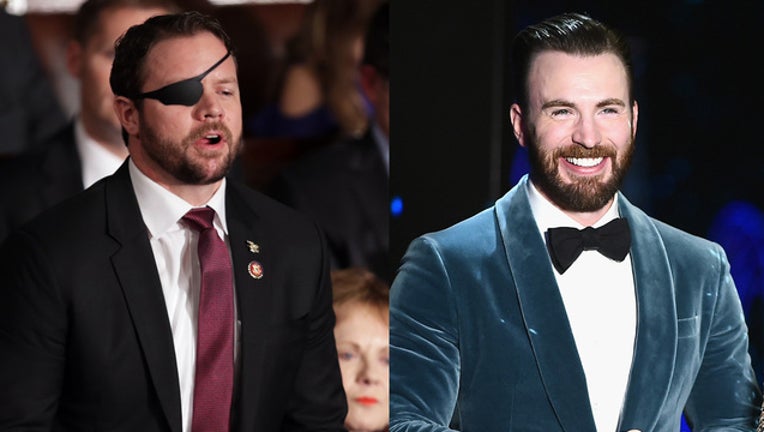 The Texas congressman tweeted snaps of him lifting his eyepatch to show his glass eye that had the “Captain America” star shield. Crenshaw, a former Navy SEAL, has worn an eyepatch on his right eye after being injured by an IED in Afghanistan.

“The Avengers” star was on Capitol Hill recently to meet with lawmakers to discuss the North Atlantic Treaty Organization (NATO) and criminal justice reform, The Hill reported.