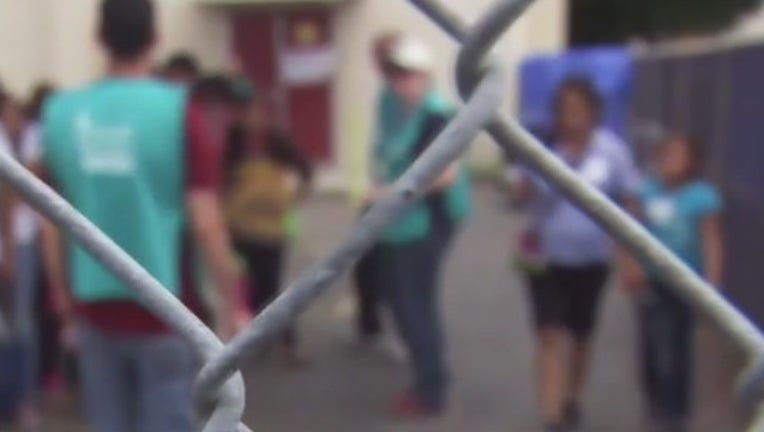 WASHINGTON (AP) - Abortions in the U.S. are very safe but getting one without facing delays and false medical information depends on where women live, says a broad examination of the nation's abortion services.

Friday's report from the National Academies of Science, Engineering and Medicine shows abortion increasingly is performed early in pregnancy, when it's safest. The risk of maternal death is higher from tonsillectomies, colonoscopies and childbirth, according to the independent panel, which advises the government on scientific issues.

While state restrictions may be intended to reduce overall abortions, the panel said those barriers can reduce the quality of care for women who undergo the procedure by preventing them from receiving the type of abortion that best meets their needs in a timely, equitable, science-based manner.

Among the examples cited in the report: Missouri and four other states require waiting 72 hours after mandated abortion counseling. Large studies show abortion doesn't lead to breast cancer, contrary to patient information provided by five states including Kansas. Fourteen states require a medically unnecessary pre-abortion ultrasound, and 17 require that all methods, even the abortion pill mifepristone, be offered in clinics that meet hospital-like standards.

"Clearly some of the regulations are having a real impact on quality," said panel co-chair Dr. Helene Gayle, a public health specialist and president of Chicago Community Trust.

The findings echo previous safety reports and a 2016 Supreme Court ruling that gutted a sweeping Texas anti-abortion law by citing medically unnecessary limits. States have tested the limits of abortion law since it was legalized in 1973 and as the methods to provide it have evolved.

Here is the report's snapshot of the state of abortion care:

ABORTIONS, AND PROVIDERS, ARE DROPPING

The abortion rate dropped from about 29 per 1,000 women of reproductive age in 1980 to about 15 in 2014. Better contraception, fewer unintended pregnancies and state restrictions may have played a role, the report said.

Ninety percent are performed by 12 weeks, and a growing number far earlier as more women are turning to medical abortions.

At the same time, 25 states have five or fewer abortion clinics and a handful, including Mississippi, have only one, the panel found. About 17 percent of women travel more than 50 miles to obtain an abortion.

SAFETY, RIGHT AWAY AND LONG-TERM

Bleeding and cramping are expected side effects, but serious complications including infection and hospitalization are very rare, the panel found.

Long-term, "abortions do not increase the risk of breast cancer and abortions have no effect on future mental health issues including depression, anxiety or PTSD," said panel co-chair Dr. Ned Calonge of the University of Colorado.

Nor do they affect future fertility or other pregnancy outcomes with one potential exception: Studies link multiple abortions, two or more, with increased risk that an eventual first birth is premature.

Most abortions can be provided safely in office-based settings, the panel concluded. A physician is not required for the two methods of early abortion, including a medical abortion; they can be performed by other trained providers including nurse-practitioners, midwives and physicians assistants.