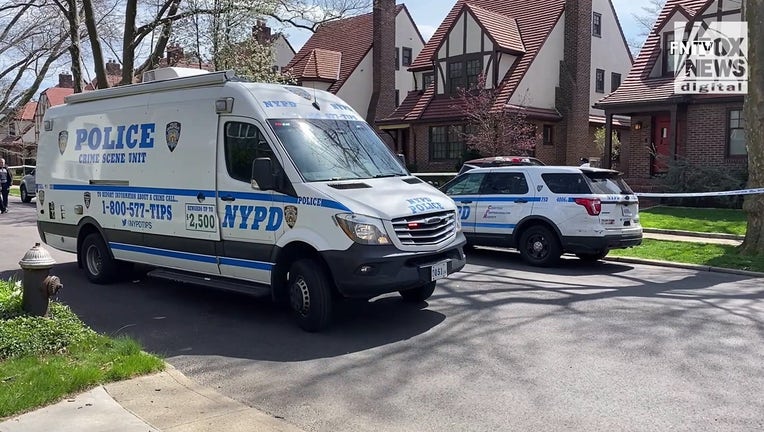 The NYPD secures and investigates the scene of Orsolya Gaal's murder. (Fox News)

NEW YORK - A married mother of two was stabbed nearly 60 times after she allegedly met up with a man at her $2 million New York City home while her teen son was upstairs, according to a new report.

Her carotid artery and trachea had been sliced, and she had wounds on her fingers and the palms of her hands, the newspaper reported.

Gaal allegedly told her 13-year-old son Friday that she was going out to watch a show but later met up with another man, police sources told WPIX.

Gaal’s husband and older 17-year-old son were out of town scoping out colleges.

The unidentified man allegedly killed Gaal in the basement of her home and then used her phone to send an ominous text to her businessman husband Howard Klein, "Your whole family is next!" police sources told WPIX.

Gaal’s bloodied corpse was found stuffed inside a hockey duffel bag just after 8 a.m. Saturday about a half a mile from her family’s Forest Hills home, according to police.

Authorities believe the suspect knew his victim and attacked her out of anger, police sources told the newspaper.

A trail of blood led back to the slain woman’s Tudor-style house in the upscale Queens neighborhood, police said. 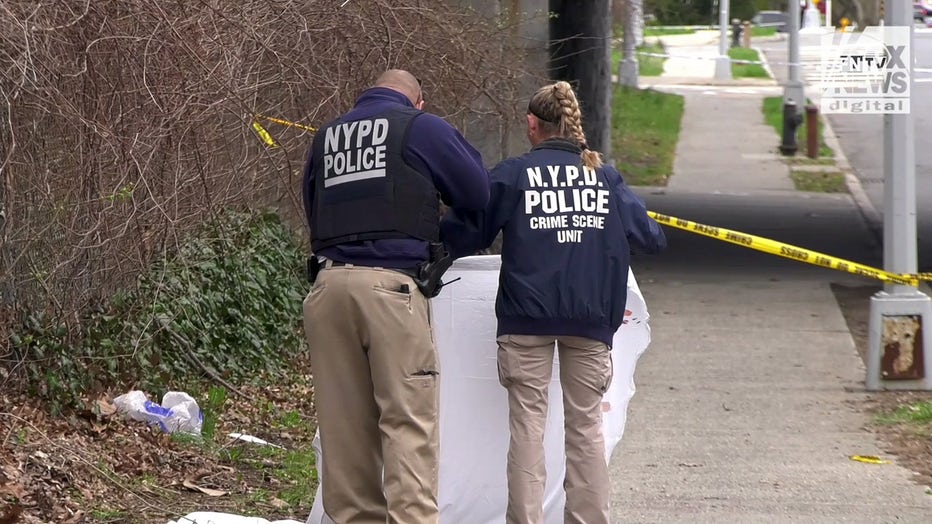 Surveillance video captured an unidentified person wheeling a duffel bag down a sidewalk at about 4:30 a.m. Saturday.

"There are concerns about our safety," Klein told the newspaper. "Our lives are at risk."

Police questioned Gaal’s 13-year-old son, but he was later released.

Neighbors were shocked by the murder in the quiet suburb. One told FOX 5 News that the killing was "unimaginable" for the community.

"It’s very unusual to see this. I don’t know how this could happen around here," another told the Post.