DALLAS - A growing number of Republicans are starting to show support for some sort of gun safety legislation following the school shooting in Uvalde that left 19 children and two teachers dead.

The Democrat-run U.S. House will likely pass a bill, but ultimately, there needs to be some Senate Republican support to break a filibuster in that chamber.

"It’s very clear that nothing is going to happen in Washington unless a significant number of Republicans are on board with Democrats," SMU political science professor Matt Wilson said.

U.S. Senator John Cornyn, of Texas, is part of a bipartisan Senate group pushing for gun safety legislation during a time when some Republicans and Democrats are miles apart on the issue.

There’s dissent amongst some in the Republican Party. 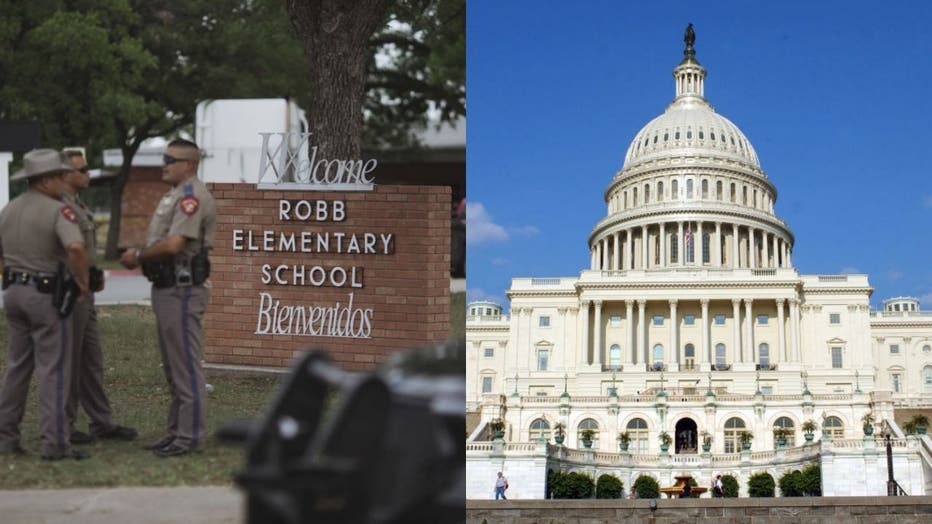 In a full-page ad, more than 250 self-proclaimed gun enthusiasts, who are Republicans donors, called for a series of federal gun safety measures.

"This piece in the Morning News [Sunday] gives him some cover from his right flank to perhaps entertain the idea of some enhanced gun control measures. Stopping well short of confiscation or a ban or anything like that," Wilson said.

In the Dallas Morning News ad, top Republican donors said they support Cornyn’s focus on "red flag" laws and expanding background checks. They add they are "hopeful" that "those two changes may also spur consideration of raising the age to purchase a gun (from 18) to 21." Last week, President Joe Biden went a step further.

"We need to ban assault weapons and high-capacity magazines, and if we can’t ban assault weapons, then we should raise the age to purchase them from 18 to 21. Strengthen background checks. Enact safe storage law and red flag laws," Biden said in a primetime address.

That’s still an uphill battle for the majority of Republicans.

"Why don’t we look and see if we can find some tell-tale signs so that there can be intervention," he said.

But it’s still unclear how we get there.

Some Texas Republican strategists believe the focus in Texas will cover a wider scope.

"The 2023 Legislature must allocate the proper funding to ensure that school districts have the tools they need to keep our children safe. This includes bulletproof shields, school resource officers, and parents engaged in these policy decisions. When we send our children to school, we need to know that they are safe on campus," said GOP consultant William Busby. "We need to ensure that background checks are thorough when purchasing a weapon, that there is considerable mental health funding, and that gun safety measures are upheld. The tragic event in Uvalde demands that we have a tough and necessary conversation about gun policy while respecting and upholding our Second Amendment rights."