CAPE CANAVERAL, Fla. - The military’s robotic mini shuttle is back in space after launching through the clouds at Cape Canaveral this morning.

Delayed a day by the season’s first tropical storm, the X-37B space plane caught its ride to orbit atop a United Launch Alliance Atlas V rocket just after 10 a.m. The rocket’s bright yellow flame cut through the grey haze before disappearing quickly behind the still-low clouds, leaving only a crackling rumble behind.

The OTV-6 mission is the sixth flight for the highly secretive X-37B program. The Air Force has two of the uncrewed mini shuttles; both have flown long-duration missions of increasing lengths – the last was over two years long – before gliding back to Earth. 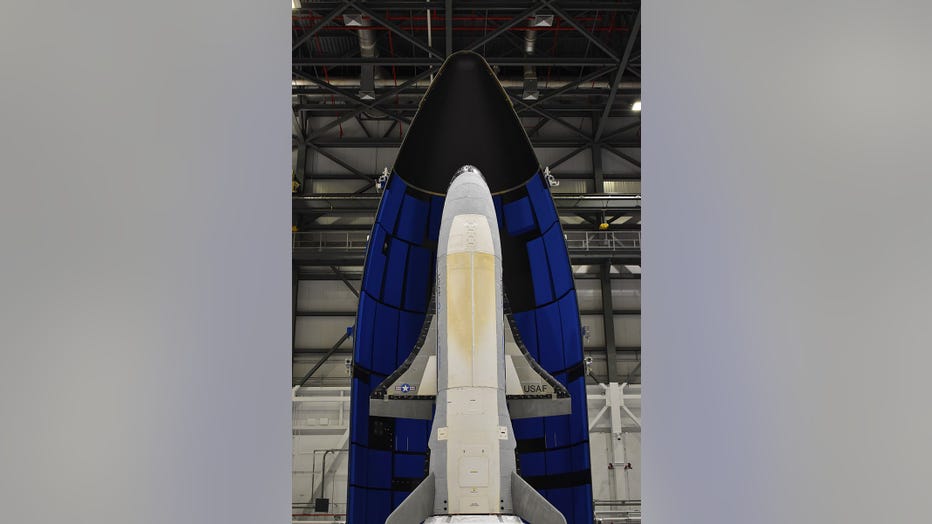 The X-37B, seen as it is encapsulated in its launch fairing. (DoD photo)

But not much is known about what the craft do in space during that time. The 30-foot-long X-37B has a small cargo bay that the military says can carry experiments and expose them to the vacuum of space. This mission includes several such experiments, including two for NASA and one sponsored by the Naval Research Laboratory that will study the possibility of transforming solar power into radio frequency microwave energy, which could be transmitted to the ground. 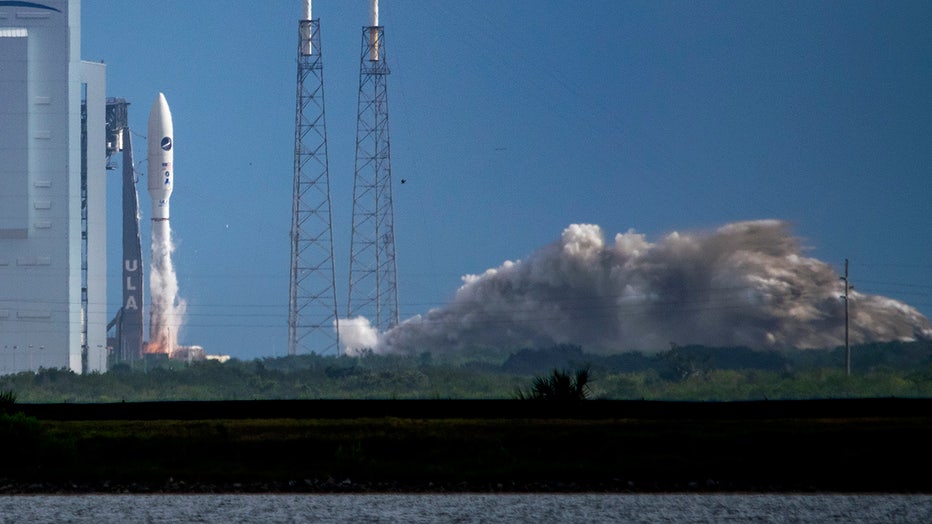 Also hitching a ride is FalconSat 8, a small satellite loaded with experiments built by the U.S. Air Force Academy.

The mission was deemed important enough to national security that it could still launch amid the country’s COVID-19 restrictions. ULA dedicated the launch to health care workers, first responders, the military, and others who have been on the front lines of the battle to contain the virus. 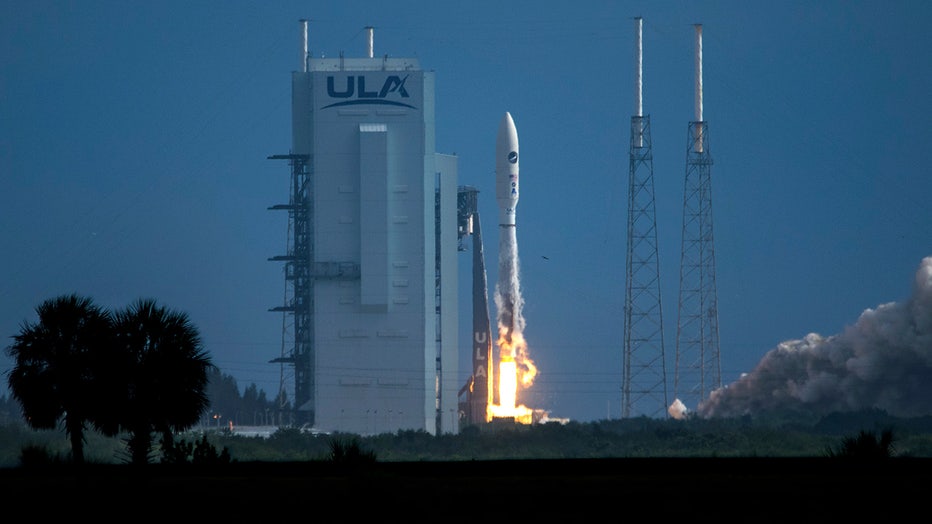 Saturday’s launch attempt was delayed by bands of rain and wind that lashed Cape Canaveral as Tropical Storm Arthur formed off Florida’s east coast, two weeks before the official start of the Atlantic hurricane season. 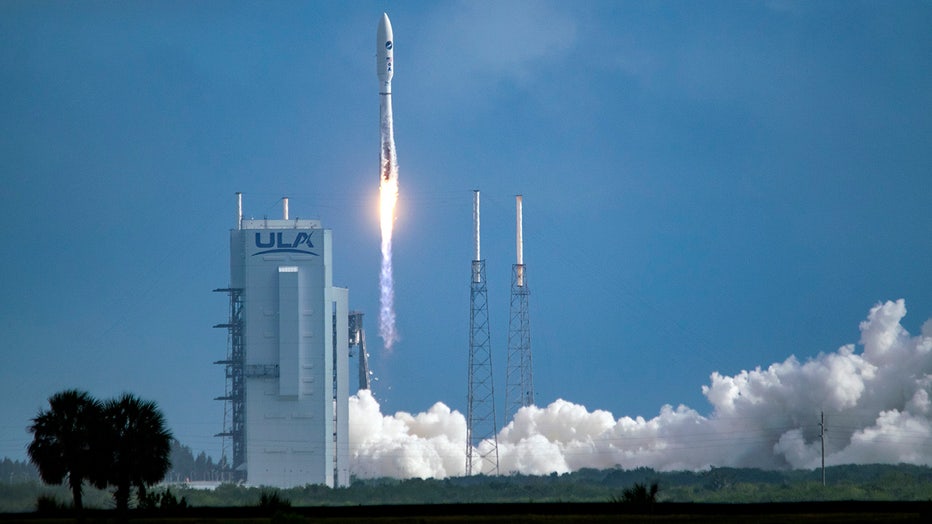 The delay pushed a planned launch of SpaceX’s Starlink satellites from early Sunday morning to early Monday morning, which still would have marked the shortest turnaround time between Cape launches since the 1960s. But given the Arthur’s presence in the Atlantic, SpaceX opted to stand down an extra day to allow seas to calm for its booster and fairing recovery fleet. 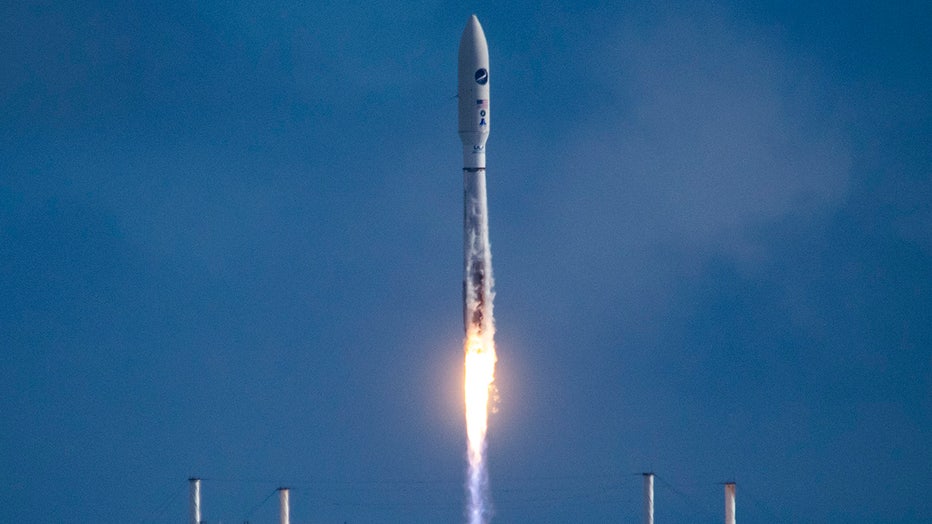 There’s no word how long the X-37B will stay in orbit. Historically, the military has only announced the end of each mission as the craft were in the process of landing. 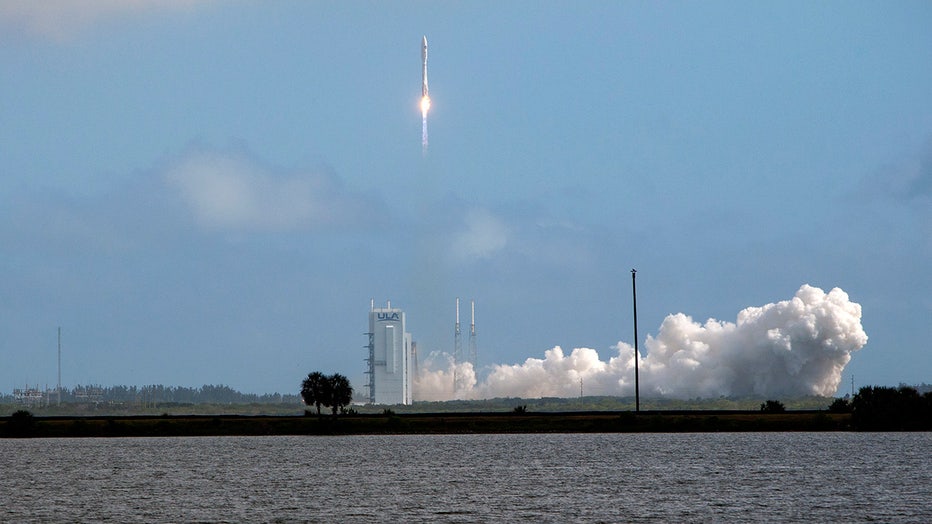 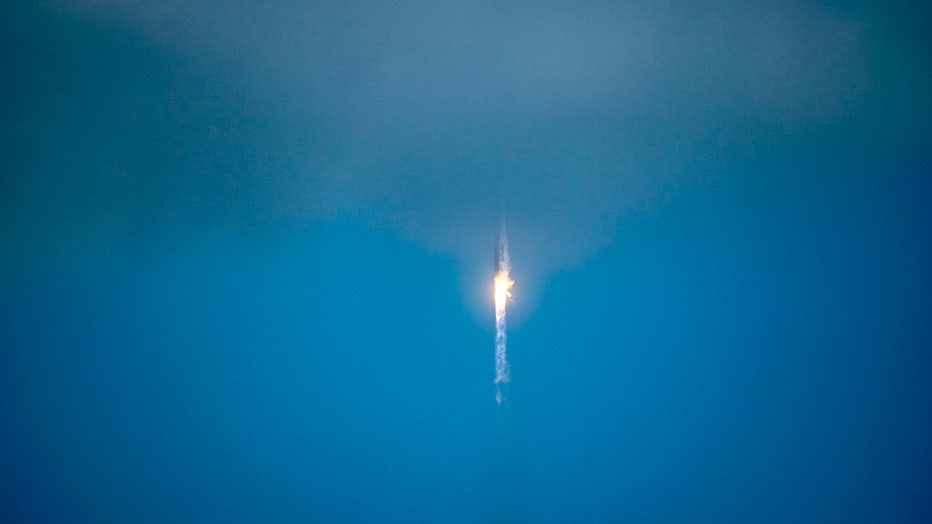 The Atlas V rocket disappears into low clouds after launch.