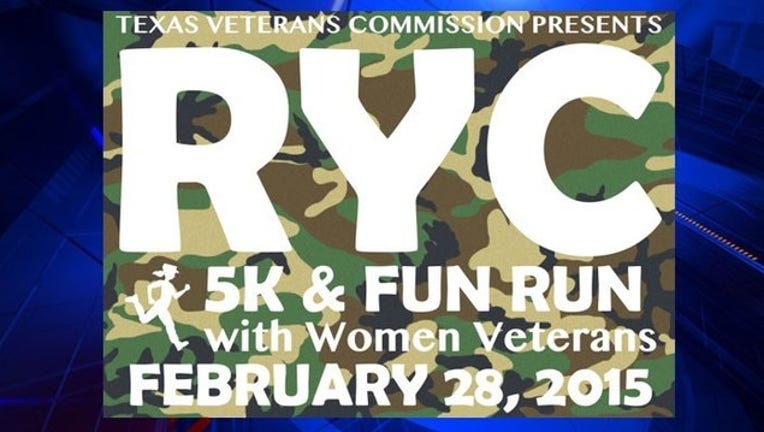 AUSTIN, Texas - The Texas Veterans Commission is hosting the 2nd Annual Rock Your Camo (RYC) 5K at Camp Mabry on February 28, 2015, to kick off Women Veterans Month in Texas in March. Registration will take place beginning at 7 a.m. and the Fun Run will begin at 9:30 a.m., followed by entertainment and refreshments.

For more information about the event you can go here.

During the 82nd Legislative Session the Texas Legislature designated March as "Women Veterans Month" to honor the more than 177,000 Texas women Veterans from all branches of service.