In their tweet, the Roper family wrote Robbie "was the biggest joy to our family. We are proud of the young man he has become. He will be missed by his friends and family dearly. We are still working on funeral arrangements, and will update everyone on the date, time, and location."

Roswell High School, where Roper was a senior, is about 26 miles north of downtown Atlanta.

What surgical procedure was Roswell football quarterback having done?

According to social media posts, complications took place after the teenager underwent shoulder surgery in Florida, and he ended up on life support.

In a tweet, Craft wrote, "Please continue to lift this family and community up in prayer. Robbie Roper will be remembered as a fierce competitor, amazing son, and a great friend. You will be missed."

On Twitter, Dr. Shaw wrote, "My favorite memories are watching him on the sideline encouraging his teammates. He was always quick with a smile and respected by all. Please keep his family in your prayers."

"Robbie was a fantastic young man and a fighter all the way thru!! You will be missed in so many ways!! Prayers to this grieving family and our community." 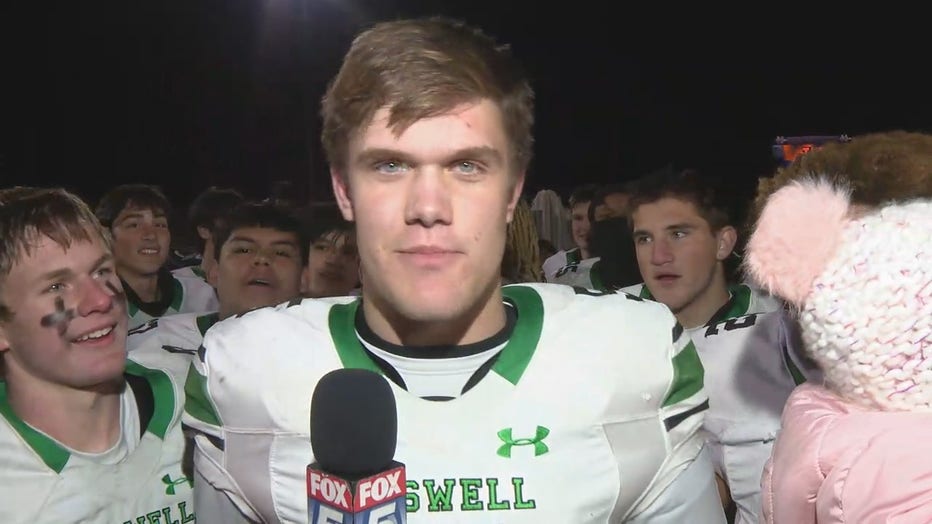 Which colleges were recruiting Robbie Roper?

247 Sports listed Roper had offers to play college football at Massachusetts, Morehead State, Morgan State, and Western Carolina as well as interest from other schools. He had recently received interest from the University of Florida.

Roswell High School quarterback Robbie Roper scored on a last-second touchdown run in a playoff game against North Cobb. The quarterback died on Dec. 22 from complications with surgery, his family said.

The self-described dual-threat Roswell High School quarterback had a large frame at 6-foot-4 and 215 pounds.

Roper hadn’t made a college commitment, but a playoff run during his senior season had drawn some attention from college programs. Roswell High School advanced to the GHSA Class 7A quarterfinals before losing to Grayson High School.