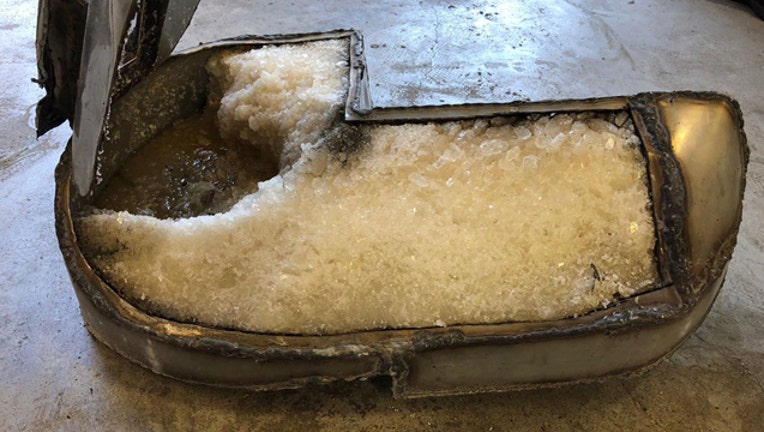 The Round Rock Police Department discovered 71 pounds of methamphetamine after a traffic stop on I-35 Saturday morning.

RRPD says the drugs were found in a modified gas tank after one of their K-9 officers sniffed them out. The officer on the scene was initially suspicious after the car's occupants gave conflicting stories.

Police say the street value of the meth found was close to $2 million.

36-year-old Nathan Fields was booked into the Williamson County jail and his bond was set at $70,000.