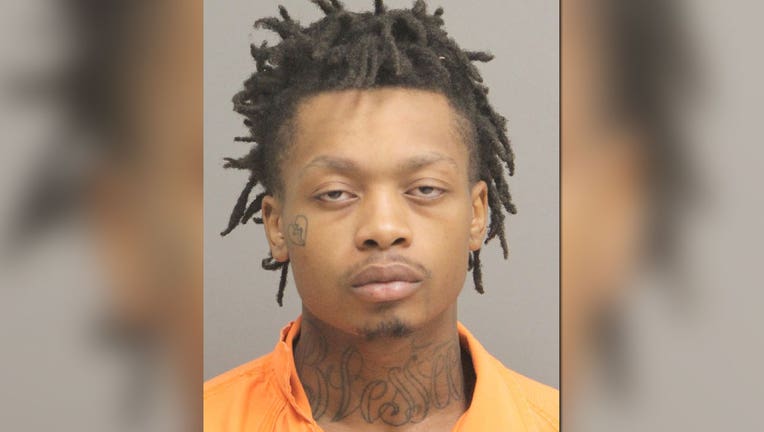 SAN MARCOS, Texas - Officials have announed that a San Marcos shooting suspect has been arrested in Louisiana. 20-year-old Davonte Miller had been wanted for shooting an 18-year-old "multiple times" on September 24.

Miller was located in Crowley, Louisiana at around 10 p.m. on September 25. He had initally attempted to evade local law enforcement with his vehicle but was arrested by the Crowley Police Department.

Bond has not been set but upon his return to Hays County Miller will be charged with aggravated assault with a deadly weapon. Officials say additional or upgraded charges could be added as the case develops.

According to San Marcos police, officers were dispatched to the 600 block of Mill Street around 8 p.m. on Tuesday, September 24 after neighbors heard gunshots in the area. When officers arrived on scene, they found an 18-year-old woman who had been shot multiple times in her extremities.

Four tourniquets needed to be applied to her injuries, according to the San Marcos Police Department.

The victim was transported by EMS to Ascension Seton Hays in Kyle and is expected to survive.

During the course of their investigation, police discovered surveillance video that showed a 2010 Hyundai Genesis pull into the parking lot, and back into a parking space. A few moments later, the video picks up three gunshots, followed by two people running to the offender’s vehicle.

The vehicle then speeds off at a high rate of speed.

After speaking with witnesses on the scene, police identified Miller as the shooting suspect.

The second person who ran to the vehicle is an unidentified female and has no charges at this time.