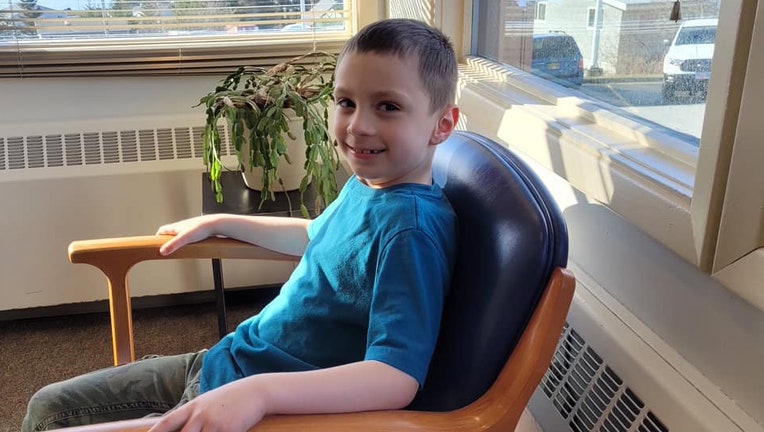 KODIAK, Alaska - Hundreds of volunteers have joined law enforcement and rescue crews in the search for Sawyer Cipolla, a 7-year-old boy with autism who went missing in a "heavily wooded" part of an Alaskan island on May 7.

According to the Alaska Department of Public Safety, the child was first reported missing after midnight. His family said he’d been missing for about 30 minutes. Nearly 1,000 volunteers have helped search for Sawyer since Sunday, from ground searchers to local pilots to horseback teams. More than a dozen agencies are involved in the search, which also includes K9 teams, thermal drones, helicopters, boats and more.

Authorities say the child doesn’t answer to Sawyer, but he does answer to "come on in," vocal howling and "Brigadier." He may also say "Polo" if someone says Marco. He was last seen wearing gray pants, a camouflage shirt and hiking boots.

Police haven’t released any additional information about the search efforts or the missing child.

Volunteers can report to the Bayside Volunteer Fire Department to join the search. Anyone who sees Sawyer is asked to call 907-486-4121. 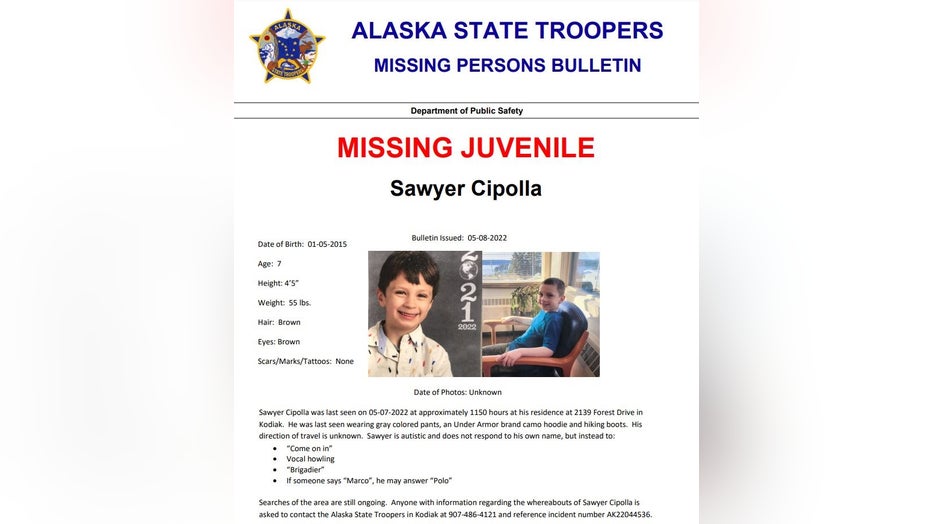