Gonzalo Lopez is serving two life sentences for murder and attempted murder. Officials say he was being taken to a medical appointment from Gatesville to Huntsville when he escaped.

LEON COUNTY, Texas - It's been a week since an inmate escaped from a prison bus in East Texas. The manhunt near Centerville continues for 46-year-old Gonzalo Lopez.

Officials want the public to report if they see anything suspicious or know anything that would lead them to Lopez. They're offering a $50,000 reward for information leading to his arrest and conviction.

The Texas Department of Criminal Justice says this is their largest manhunt in years. They've been using horses, K9s and helicopters.

"We've got over 300 officers out here on the ground looking for him," Robert Hurst, public information officer for TDCJ, said earlier this week.

Lopez is serving two life sentences for murder and attempted murder. Officials say he was being taken to a medical appointment from Gatesville to Huntsville.

Because of his criminal history, Lopez was in a caged area of the bus. He broke through his restraints, cut the metal, and crawled through the bottom of the cage.

"There's a door. There's a door that separates the seated area for the inmates from the compartment where the officer is seated. It's a door with some wire mesh around, on this side. Somehow, we don't know yet how that happened, he got up underneath, used some type of device, to cut out the bottom of that door," Hurst said. 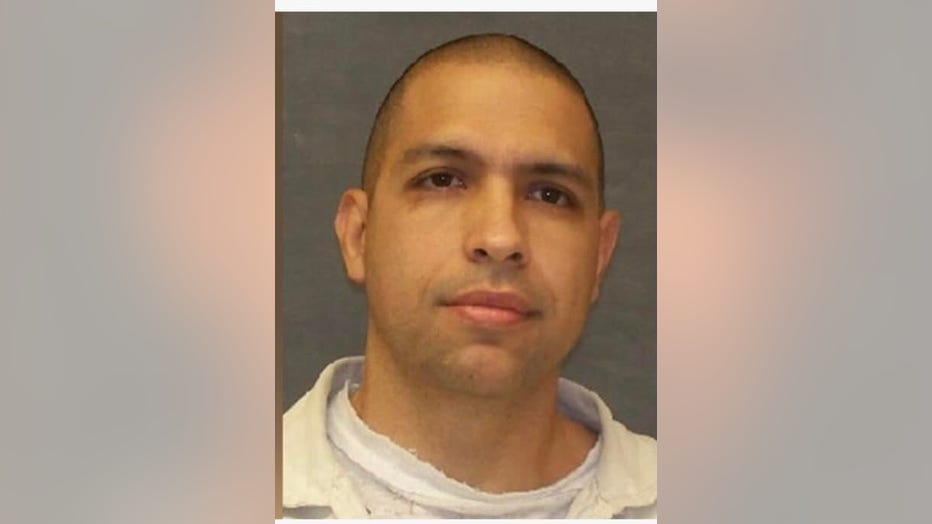 Officials say he attacked the driver. They got in a fight and got out of the bus. A second officer got out to help, but Lopez got back on the bus and drove off.

Officers shot at the tires and the bus veered off the road. Lopez ran into the woods off Highway 7 in Leon County.

"We've got officers that are set up on the Highway 7, keeping eye on the roadway just in case he tries to cross over the roadway at some point. He's done this in the past, where he has escaped and hid low to try and avoid law enforcement, so we're a little familiar with his method of operation. It appears that's what he's doing again this time. He's hoping we're going to give up, and we're not going to give up.  We're going to stay after him until we get him," Hurst said.

Visitation for multiple prisons have been canceled because of this manhunt. Click here for more information.