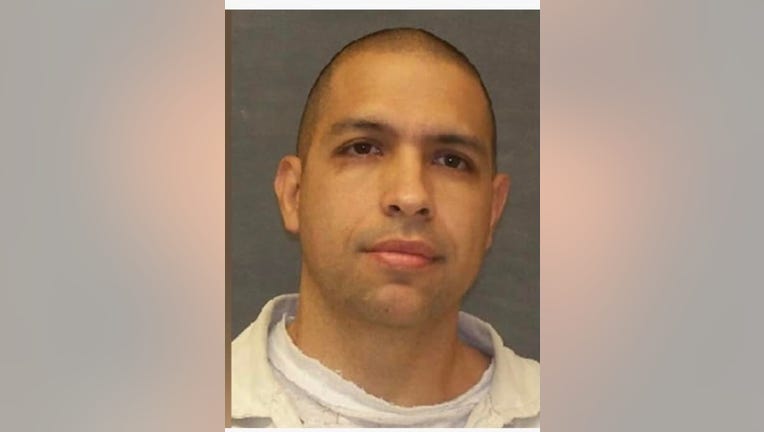 A spokesperson for the Texas Department of Criminal Justice (TDCJ) told WFAA Monday that the search for 46-year-old Lopez is the agency’s "largest concentrated manhunt," since 2004 or 2005.

"This is one of the largest searches since the early 2000s when the infamous Texas 7 escaped from the Connally Unit in south Texas. They were all eventually caught in Texas and Colorado Springs, CO except for one who killed himself," TDCJ public information officer Robert Hurst separately told Fox News Digital by email Tuesday.

"There are approximately 500 personnel involved in the overall search" for Lopez, the spokesman wrote. "Besides the Texas Department of Criminal Justice, we have the US Marshals, Texas Department of Public Safety, the Texas Rangers, the Texas Parks and Wildlife Department, Leon County sheriffs department with other regional and local LEOs who are assisting."

KPRC had reported Monday that the search involved more than 300 officers both on foot and on horseback canvassing an area of Leon County, just west of Centerville, some 115 miles from Houston. The search is concentrated on a triangular area spanning more than 100 square miles of the east Texas countryside, WFAA reported.

"We are not going to rest until we find him. We are determined to find him," TDCJ spokesman Robert Hurst also told KPRC Monday. "At this point, there is no indication to think that he is not in this area. We are using every resource available to us to locate him, and again, we will not quit until we find him."

It’s been nearly a week since Lopez, serving back-to-back life sentences for capital murder and attempted capital murder out of Hidalgo and Webb counties, escaped from a prison bus Thursday traveling from the Alfred Hughes Unit outside of Gatesville in central Texas to a prison medical facility in Huntsville.

Lopez, who officials say has ties to the Mexican Mafia, managed to get free from of his handcuffs and cut through a caged metal door to the armed driver, stabbing him in the chest and a hand. He briefly gained control of the vehicle until another guard used a shotgun to shoot out the back tires.

The bus crashed, and Lopez fled on foot. He was convicted in the 2005 murder of José Guadalupe Ramirez, who Lopez held for ransom and allegedly later killed on orders from the Mexican cartel.

Lopez also shot and wounded a Webb County deputy in 2004 during a car chase. WFAA reported he evaded arrest following the chase with assistance from a cartel associate.

As of Tuesday, the reward for his capture stands at $50,000. Fox News Digital reached out Tuesday to the TDCJ seeking more information but did not immediately hear back.

"We encourage the community to get involved, to report him. Don’t get close to this individual, he was serving a life sentence for capital murder," Webb County Chief Deputy Alex Gutierrez said in an interview with KGNS Monday. "So, we need the citizens and everybody in Webb County, to get involved and if you see this individual to please report him to law enforcement."