As of Tuesday afternoon, the Silverado Fire has scorched 12,600 acres and is only five percent contained.

IRVINE, Calif. - With calming winds, firefighters continued to make progress on the Silverado Fire that forced tens of thousands of evacuations.

All mandatory evacuations in Orange County have been lifted as of Thursday, Oct. 29. Residents were advised that they could start returning home, fire officials said during a press conference.

The Silverado Fire erupted in the Santiago Canyon on the morning of Oct. 26.

Fire officials said 69,058 structures were threatened by what was initially a wind-driven blaze, but so far, only one structure has been destroyed. An additional seven structures were damaged. 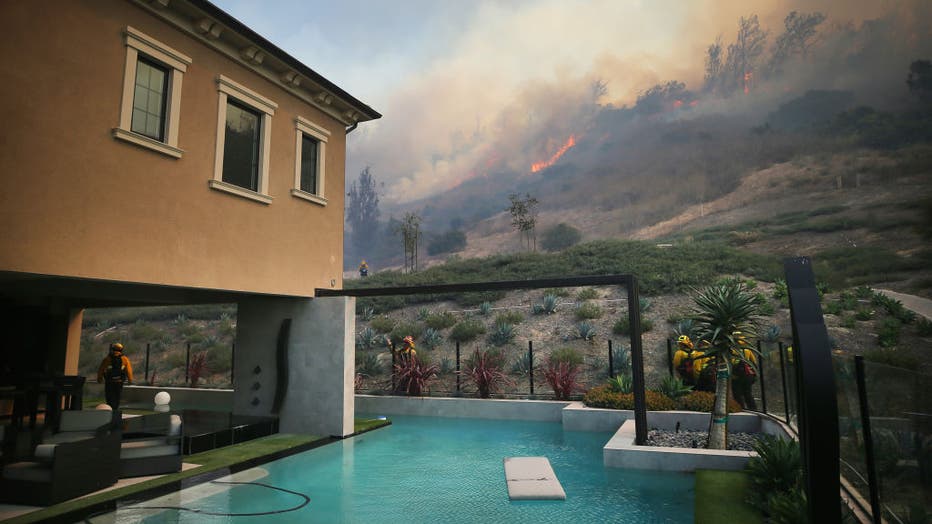 IRVINE, CALIFORNIA - OCTOBER 26: Firefighters work as the Silverado Fire burns toward a home in Orange County on October 26, 2020 in Irvine, California. The fire has prompted mandatory evacuations of 60,000 residents and has grown to 4,000 acres. (Ph

Five firefighters have been injured, including two who were critically injured while battling the blaze, officials said.

Fennessy says they have received an outpour of support from the community.

Orange County Firefighters are raising money to help the two injured firefighters. Donations are being accepted through GoFundMe as well as the Wildland Firefighter Foundation.

During a press conference on Tuesday afternoon, authorities warned that callers asking for contributions to government agencies are fraudulent.

No firefighter or official will call people asking for money, authorities said.

More than 150 firefighting units responded to the blaze Monday morning. Fire crews reported 20-30 mph "erratic winds" that can reach gusts up to 50-70 mph. 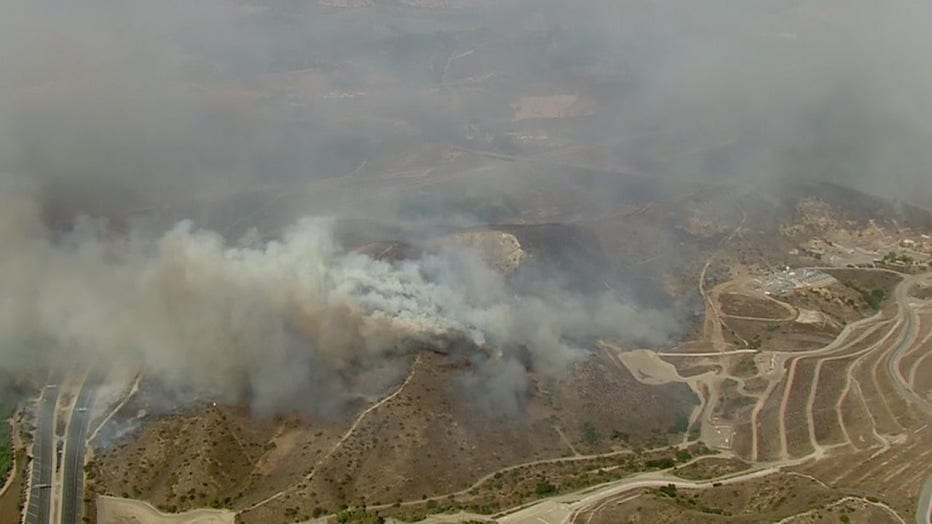 The area continued to get slammed with strong winds. Just after 9:30 a.m., the flames jumped the 241 Freeway, which caused tens of thousands of residents to be evacuated, the Orange County Fire Authority said.

Irvine Police Chief Mike Hamel said city officials were working with the American Red Cross to provide overnight shelter for residents with no place to go. The city animal shelter was open to house pets.

All evacuation orders and warnings related to the Silverado Fire have been lifted as of Oct. 29. and residents are able to return home.

However, the following communities remain under voluntary evacuation orders:

According to the city of Irvine, care and shelter facilities are available at the following locations:

Update: By late Monday morning, officials reported the centers listed above were full. However, space remains available at the following:

The following roads have reopened.

As the fire grew on its first day, FOX 11's Sandra Endo was battered by the ferocious winds and was asked to leave the area by fire officials. She has since moved to a safer location.

Firefighters initially used air and ground assault. However, air assault was later halted the afternoon of Oct. 26 due to high winds speed. 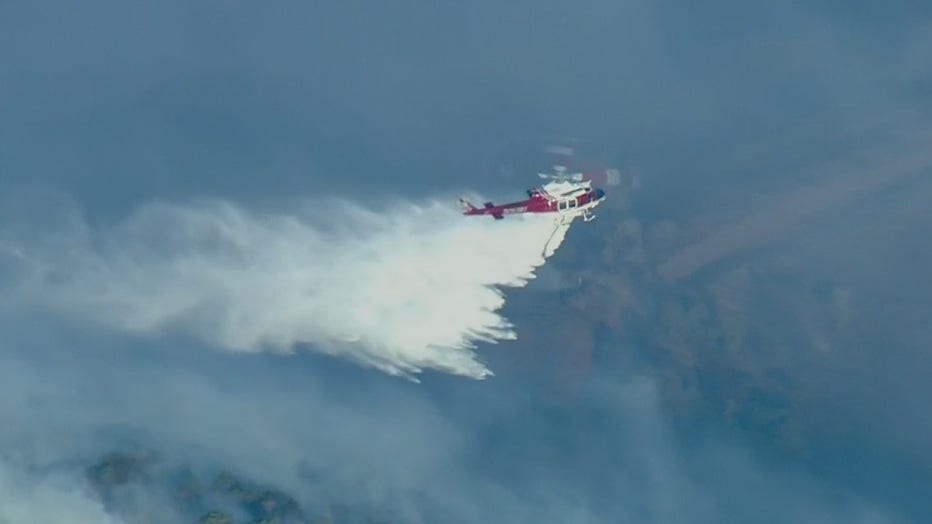 The howling winds continued to knock the flames across the hillside in the rugged terrain in the remote area.

Southern California Edison sent a letter to the California Public Utilities Commission Monday night acknowledging it had overhead electric facilities in the area that the blaze broke out.

"We have no indication of any circuit activity prior to the report time of the fire, nor downed overhead primary conductors in the origin area," SCE said in the letter.

"However, it appears that a lashing wire that was attached to an underbuilt telecommunication line may have contact SCE's overhead primary conductor which may have resulted in the ignition of the fire."

The cause of the fire remains under investigation.

As expected, the fire was causing poor air quality in surrounding communities.