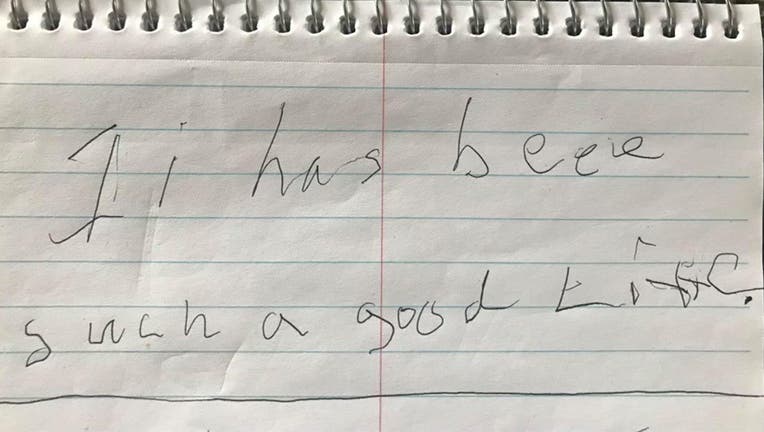 Rudolph Clausing, 66, wrote a short note for his family while he was hospitalized with COVID-19. His note, which reads, "It has been such a good life," was found after he passed away on Jan. 13, 2021. (Anna Harp)

Two sisters who lost their father to COVID-19 memorialized his last moment with the final words he left for them.

Anna Harp, 28, and Abrielle Clausing, 21, received a final note from their father Rudolph Clausing in January that read: "It has been such a good life."

Months apart, the two women decided to each get a tattoo of their father’s note to not only remember him, but to also serve as a symbol to live a fulfilled life.

"We were both wanting to get a tattoo," Harp told Fox News while noting that her father’s final message is her fourth tattoo and Classing’s first.

In Harp's opinion, it was "so obvious" that they should pick his last words "because there's literally nothing more special than the last words that he left us." 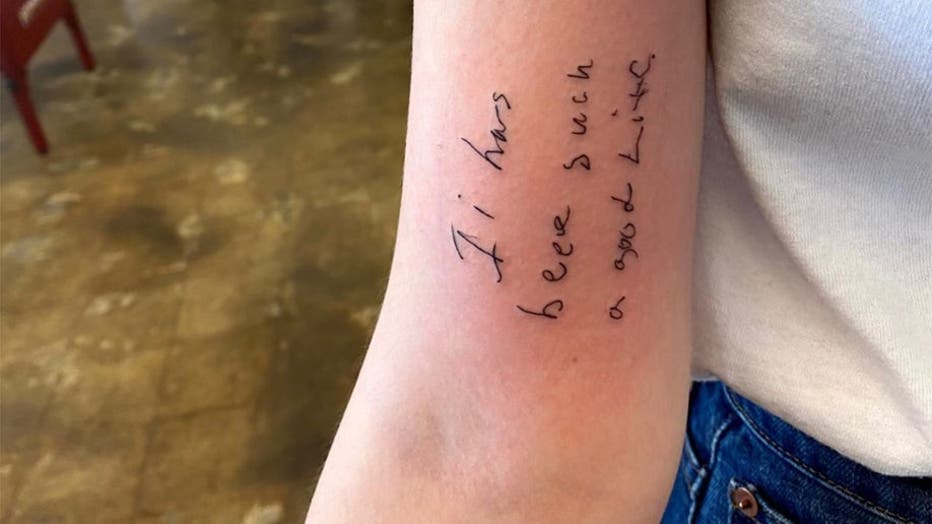 Rudolph Clausing's daughter Abrielle Clausing, 21, also got a tattoo of his final words but instead opted for a design that features his handwriting. (Anna Harp)

The pair, who are from Siloam Springs, Arkansas, went to Harp’s favorite tattoo artist Dustin Cleveland in Tulsa, Oklahoma, to get their own versions of their dad’s note.

Harp chose a stylized tattoo design that features her father’s note along with two dogwood flowers, his favorite blooms. Clausing, on the other hand, chose to tattoo her father’s last words in his exact handwriting.

On Wednesday, June 23, Harp shared a short clip of their tattoo journey and Rudolph’s final words on TikTok, which quickly went viral with more than one million views and thousands of comments in support.

Rudolph fell ill with COVID-19 in the fall when the pandemic was at its height, Harp told Fox News. He had only learned he had interstitial lung disease shortly before the pandemic began in March 2020. In his case, the condition was hereditary rather than being caused by exposure to hazardous materials.

Dad gets matching tattoo to match his 8 year old son feel confident about his birthmark.

8-year-old Derek Prue Jr. said he was self-conscious about his birthmark.

The American Lung Association reports the ondition causes scarring that can make breathing difficult and "is often irreversible."

Harp and Clausing both said they did their best to keep their distance and wear masks to keep their father safe after they learned about his lung disease. 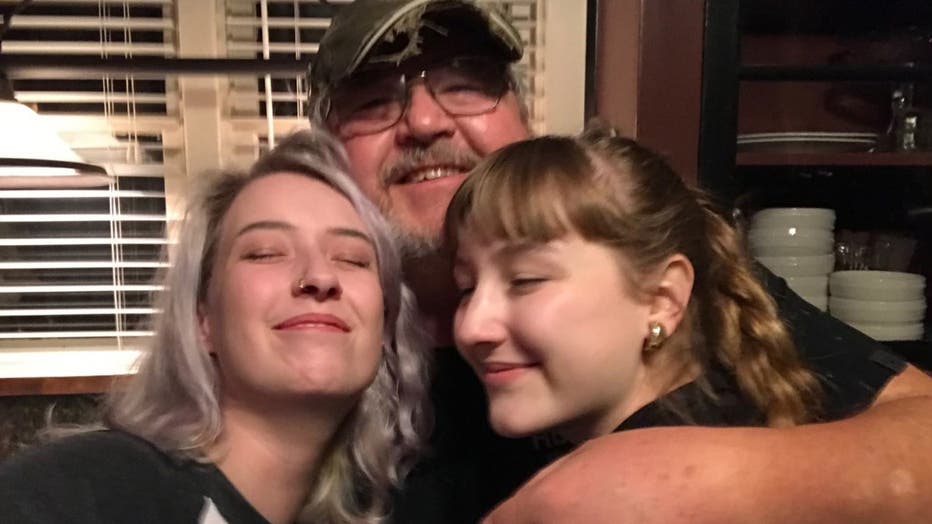 Anna Harp tells Fox News she and her younger sister Abrielle Clausing had cut back on seeing their father in person when the COVID-19 pandemic was at its height. (Anna Harp)

When asked what Harp and Clausing want readers to know about their father, they say he was a caring dental technician with more than 40 years of experience. He’d make people’s lives better by creating custom dentures and crowns.

Rudolph grew up in Raytown, Missouri, and enjoyed outdoor activities such as fishing, hunting, grilling and camping. He was a "family guy" who liked to play cornhole with his six children or pressure cook a meal.

"He made everyone feel loved and he saw the good in everyone," Clausing told Fox News. "I really take that with me in my life."

Harp added, "If we can just be even a portion of the person he was then I’ll feel fulfilled in life."