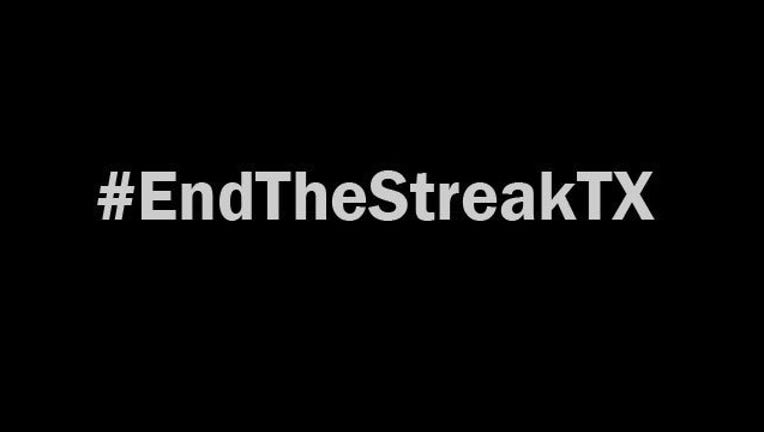 The Texas Department of Transportation says the state has had at least one fatality occur each and every day on state roadways since November 7, 2000. That's nearly 5,500 days with at least one fatality. TxDOT says it is starting the #EndTheStreakTX campaign in the hopes of ending the 15 year streak.

In a press release, TxDOT Executive Director Lt. Gen Joe Weber, USMC (Ret.) says, "More than 50,000 people have been killed on Texas roadways over the past 15 years and that number is a sobering reminder that we must do everything in our power to stay focused and safe while driving. These crashes have killed spouses, children, friends and neighbors, and shattered the lives of those they left behind. We can stop this staggering streak if all drivers make it a priority to be safe, focused and responsible.”

To help raise awareness, TxDOT is asking people to change their social media profiles to the black image available for download at this site.

Throughout November, TxDOT's social media pages will share facts and information about the last 15 years of road fatalities and is asking Texans to show their commitment to ending the streak of deadly days by sharing stories and posts using the hashtag #EndTheStreakTX.

For more information you can go to the TxDOT website here.

To decrease the chances of roadway crashes and fatalities, TxDOT reminds drivers to: