A group of Austin residents put "SLOW DOWN" signs along West Oltorf Street in an effort to get speeding drivers to step off the gas. Austin Code Enforcement has since taken all signs down, striking concern in those who live in the area.

AUSTIN, Texas - Residents in South Austin are upset after signs telling speeders to hit the brakes were removed by the city.

On March 12, residents led by Janet Mash and Steven Rivas placed 100 "slow down" signs along West Oltorf Street between South Lamar Boulevard and South 1st Street, in an effort to get speeders to do just that.

"People did notice it, and it made them more considerate," said Esteban Sanchez, who lives on West Oltorf.

"I really feel like the signs helped make our neighborhood safe," said Mash.

The push came after Mash’s 19-year-old son was hurt in a hit-and-run.

But this past Saturday, a truck from the Austin Code Department pulled up and removed all the signs.

"Someone was running beside a truck, picking them up and throwing them down," said Rivas.

"I was kind of upset when I saw that," said Sanchez.

Neighbors come together due to dangerous traffic

Neighbors say people will go way too fast through a tricky stretch of Oltorf. Some neighbors decided they needed to do something, so they put these signs up for block hoping drivers and city leaders will pay attention.

The Austin Code Department sent FOX 7 this statement in response to our request for comment:

"That seems outrageous," said Rivas. "We weren’t fixing credit or buying houses or selling mattresses—we were just trying to slow traffic down."

Rivas and Mash say it would have been nice if someone from Code had contacted them. 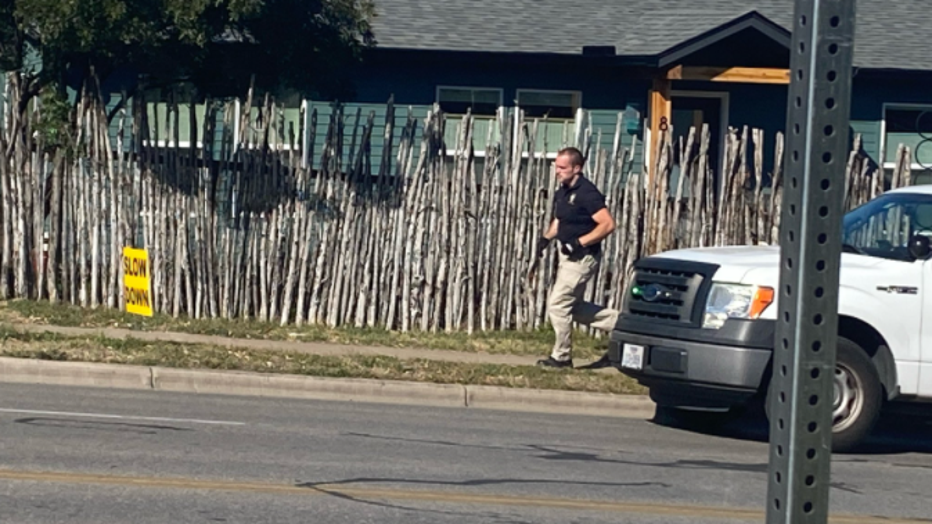 "There were not any complaints to me," said Mash. "I'm not angry. Just disappointed."

"Sometimes it feels like the left hand isn’t talking to the right hand," said Rivas. "Someone at the city manager’s office should have had a conversation with Austin Transportation, Austin Police and especially Austin Code about what are the priorities of safety along this corridor before removing signs."

Meanwhile, neighbors are concerned another serious, even deadly crash could happen.

"I’m sure it will. It’s just a matter of when," said Sanchez.

"I'm concerned because my son still rides his bike every day," said Mash.

Still, Mash says she’s not giving up on her push to get people to hit the brakes.

"We can do something in the future," said Mash. "I’m not ruling anything out."

FOX 7 reached out to City Manager Spencer Cronk’s office for comment. A spokesperson told us: "We’ll defer to our colleagues in Code and ATD as this falls under their departments."

In the short term, neighbors say they would at least like to see more speed limit signs along this stretch of Oltorf, because right now there’s only one. In case you’re wondering, the speed limit is 35.