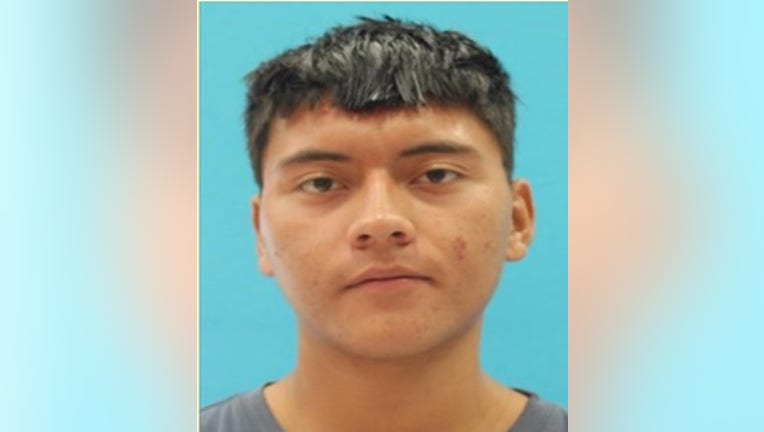 MONUMENT, Colo. - A man wanted for a murder in South Austin has been captured by US Marshals in Colorado.

19-year-old John W. Bagwell is charged with first-degree murder for the May 23 shooting of 36-year-old Jose Aguirre-Castellanos in South Austin.

Bagwell was arrested in Monument, Colorado by US Marshals on August 2. He was taken to the El Paso County Criminal Justice Center, where he is awaiting extradition to Austin.

The Austin Police Department says that just after 8 p.m. May 23, officers responded to a call about a shooting in the parking lot of an LA Fitness on W. Slaughter Lane. When officers arrived, they found Aguirre-Castellanos with obvious trauma on the ground and despite life-saving measures, he was pronounced dead at the scene.

An autopsy ruled the cause of death as gunshot wounds and the manner of death as a homicide.

A deadly shooting took place in the parking lot of an LA Fitness in south Austin Monday night.

Witnesses reportedly saw three suspects flee the scene of the shooting. According to the US Marshals, Bagwell is the second suspect in custody with a third still at large.

The US Marshals say they learned August 1 that Bagwell may be at a truck stop in the Monument, Colorado area and surveillance was set up around the truck stop in an attempt to locate him. Marshals saw Bagwell getting out of a semi-truck that had been parked behind the stop with the windows covered.

Bagwell and another man were then seen getting into another vehicle and leaving before Marshals could stop him. Marshals were later able to take Bagwell into custody when he got out of the vehicle at a nearby business, says the US Marshals.