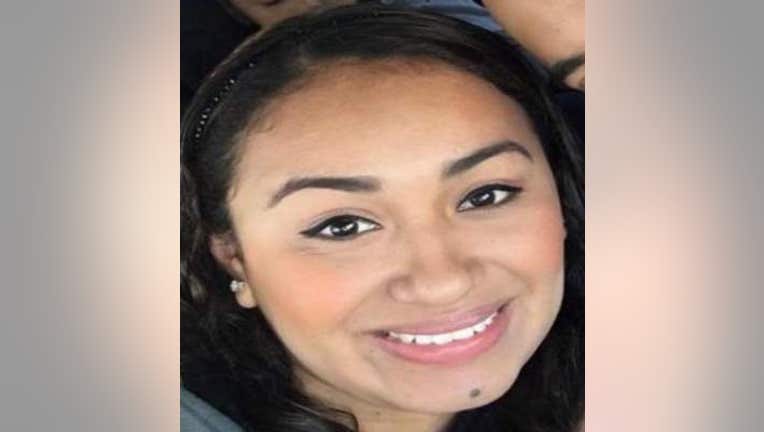 SANTA ANA, Calif. - A Covina man was indicted Wednesday on federal charges alleging that he kidnapped his wife five years ago in an incident that resulted in her death.

Eddy Reyes, 35, who lived with his wife in Santa Ana when she was last seen, was arrested earlier this month on suspicion of kidnapping Claudia Reyes, who was reported missing in 2016.

He has been held without bond since his arrest and is scheduled to be arraigned on the indictment on May 3.

Claudia was last seen leaving work on the night of May 6, 2016, the U.S. Attorney’s Office said in a statement. She was 21 years old when she went missing.

Prosecutors said that after Eddy Reyes filed a missing person report, they learned that Claudia's coworkers heard her fighting with her husband on the phone shortly before he picked her up the night she was last seen in a rented SUV.

According to the criminal complaint, "detectives later found a drop of Claudia Reyes’ blood in that vehicle and a cadaver dog indicated that a dead body had been in the SUV," the U.S. Attorney’s Office said in a statement.

It wasn’t immediately known if Reyes, a U.S. Customs and Border Protection employee, has an attorney.

Prosecutors said that court documents detailed a history of alleged domestic abuse by Reyes against his wife, "including several threats to kill her, as well as temporary restraining orders Claudia Reyes obtained against her husband in 2014 and 2016," the statement said.

If he were to be convicted of the charge of kidnapping resulting in death, Reyes would face potential sentences of the death penalty or life in federal prison without parole.

24 hours a day, seven days a week, 365 days a year, the National Domestic Violence Hotline provides essential tools and support to help survivors of domestic violence so they can live their lives free of abuse. If you or someone you know suffers from domestic abuse, call 1-800-799-SAFE (7233).