A passenger at McCarran Airport in Las Vegas, Nevada, reported long delays on Oct. 12 amid the fallout from dozens of Southwest Airlines flight cancellations that began Oct. 8. (Credit: Michael Stump via Storyful)

Southwest Airlines vowed Thursday that employees won't be fired for not getting the coronavirus vaccine, arguing that it "makes no sense."

While the airline "encourages every employee" to get inoculated, it does not want to "lose any employee" over President Biden's federal vaccine mandate, Southwest said in a statement to FOX Business.

Earlier this month, Southwest announced that it has to mandate vaccines in order to comply with new rules from the Biden administration requiring companies with federal contracts to have a fully vaccinated staff. Southwest said workers must be fully vaccinated by Dec. 8, although employees can still seek approval to forgo the shots due to medical or religious reasons.

Despite the deadline, Southwest CEO Gary Kelly said during the company's third-quarter earnings call that no one will lose their job on Dec. 9 even if the airline isn't "perfectly in compliance."

"We're not going to fire anybody who doesn't get vaccinated," Kelly said. "How we work through the people that don't get vaccinated or don't seek an accommodation, we're going to have to figure out and we're working with the government on that."

The carrier, according to Kelly, is currently trying to strike a balance between maintaining its status as a government contractor while also taking care of its employees. 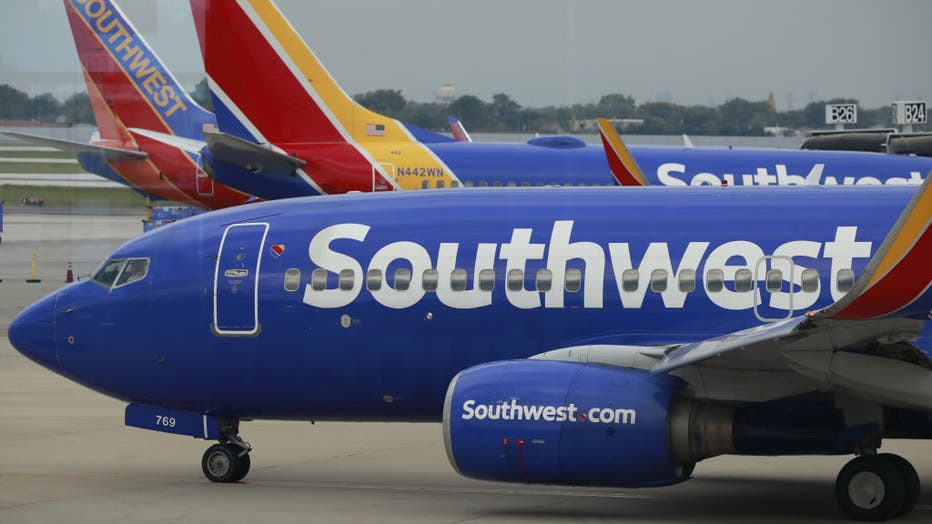 "It makes no sense that we would not respect that and find some way to work with our people on that," he added.

The last thing Kelly wants is "for people to fear that they won't be able to work or have a job," especially as the holiday season approaches.

Moving forward, the carrier said it's planning to work with and understand each employee's personal situation while it "continues to work toward compliance with the federal mandate."

Earlier this week, American Airlines' flight attendant union also told its members won't immediately be fired if they aren't vaccinated by the carrier's November deadline. It noted that officials are "exploring accommodations that would allow employees to continue to work."

By contrast, United Airlines' 67,000 U.S.-based employees had a hard deadline of Sept. 27 for getting vaccinated or risk losing their job – barring some exemptions.

The carrier, which has taken the strongest pro-vaccination stance among U.S. airlines, confirmed last week that less than 1% of its staff, or 232 employees, were in the process of being fired for not meeting the deadline.

The Associated Press contributed to this report. Get updates on this story from foxbusiness.com.