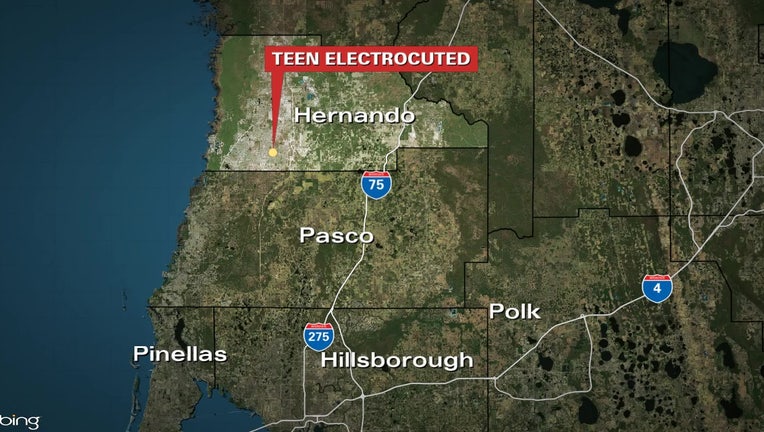 SPRING HILL, Fla. - A 17-year-old girl was killed Sunday after being electrocuted while trying to escape a burning car, according to the Florida Highway Patrol.

Troopers say the teen was traveling northbound on Evenglow Avenue near Hyacinth Lane when her vehicle collided with a power line that had been knocked down by a tree that fell during a severe storm Sunday afternoon.

She stopped her car and it caught fire along the driver’s side, according to FHP.

Troopers say she got out of the vehicle on the passenger’s side and stepped on the downed power line, which was active.

The teen died at the scene.

Her identity was not immediately available.