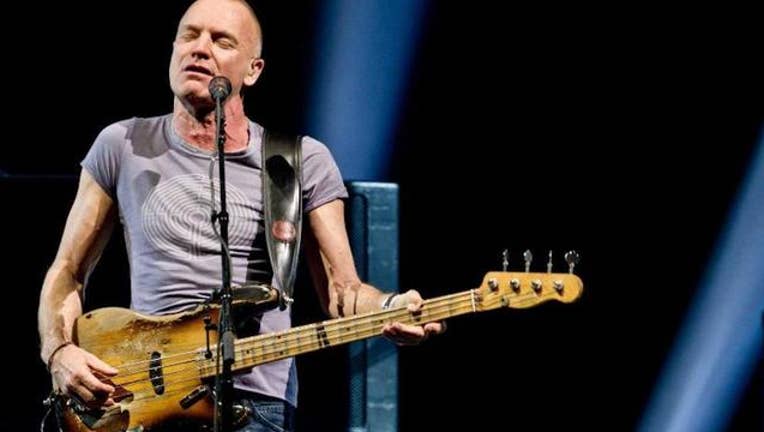 PARIS (AP) — A concert by British pop legend Sting is marking the reopening of the Paris' Bataclan concert hall one year after suicidal jihadis turned it into a bloodbath and killed 90 revelers with automatic weapons and explosive belts.

The coordinated attacks in Paris on Nov. 13 last year that also targeted bars, restaurants and the sports stadium, leaving 130 people dead and hundreds more injured , were the worst extremist violence ever to hit France. The Islamic State group claimed responsibility for the bloodbath.

Sting, 65, is no stranger to the Paris venue. He played there decades ago in 1979 as lead singer of The Police. The singer's new album "57th & 9th" was released Friday.

Sting said the proceeds from the Saturday night concert would go to two charities helping survivors. More than 1,700 people have been officially recognized as victims of the horror that unfolded at the Bataclan, Paris cafes and France's national stadium.

The families of those who perished in the Bataclan were given tickets by organizers, contradicting earlier reports that all survivors and their families would be invited.

Bataclan survivor and "Life for Paris" victims' association Alexis Lebrun said he understood the Bataclan's choice — saying there was not enough space to invite everyone.

"We have no problem whatsoever with the Bataclan's practical decision to invite only the families of those who died. The proceeds will go to the associations, and if we'd all been invited there'd have been less money raised," Lebrun told the AP.

Some who were invited decided against attending the emotionally charged event.

"I don't want to put a foot in the Bataclan. Even if Sting is a legend. I'm staying with my family tonight," said Jean Marie de Peretti, father of Aurelie de Peretti who died in the concert hall massacre.

The concert hall — which has been refurbished to its original state — will remain closed on Sunday's actual anniversary of the attacks, when President Francois Hollande and Paris Mayor Anne Hidalgo will unveil plaques in memory of victims at the half-dozen sites where revelers died.

In addition to those killed, nine people remain hospitalized from the attacks and others are paralyzed or otherwise irreparably injured. The government says more than 600 people are still receiving psychological treatment related to the attacks.

French Prime Minister Manuel Valls, in a commentary given to a half-dozen European newspapers, warned that "Yes, terrorism will strike us again." But, he contended that "we have all the resources to resist and all the strength to win."