The Commerce Department’s estimate of third-quarter growth showed that the nation has regained only about two-thirds of the output that was lost early this year.

NEW YORK (AP) - Worries about the worsening pandemic pushed Wall Street to tap the brakes Tuesday on its big November rally, which had vaulted stocks back to record heights.

Treasury yields also dipped after a report showed U.S. shoppers spent less at retailers last month than economists expected. The numbers underscore how the coronavirus pandemic is worsening and threatens to drag the economy lower, at least in the near term.

Stocks that stormed higher this month on hopes that a vaccine or two may get the global economy back to normal next year receded amid the worries.

“Today is a good example of how the markets have been pricing in a lot of the good news,” said David Trainer, CEO of investment research firm New Constructs.

Stocks in the pharmacy business were among the biggest drags on the market after Amazon targeted them as the latest industry it’s trying to upend. The retailing behemoth opened an online pharmacy Tuesday that allows customers to have prescriptions delivered to their door in a couple days.

On the winning side was Tesla, which rose 8.2% following an announcement that it will join the S&P 500 index next month. The index is hugely influential, and nearly $4.6 trillion at the end of last year was in funds that mimic the S&P 500.

The electric-vehicle company had already soared 388.8% in 2020 before Monday evening’s index announcement. With a total market value rivaling Johnson & Johnson's and Visa's, it's set to become one of the biggest stocks in the S&P 500.

The broader stock market slowed Tuesday, though, and the majority of stocks in the S&P 500 were lower.

Boston Scientific dropped 7.9% for one of the largest losses in the index after it issued a voluntary recall for its LOTUS Edge aortic valve system. Analysts said problems with its delivery system essentially mean an end to what was once a promising business. 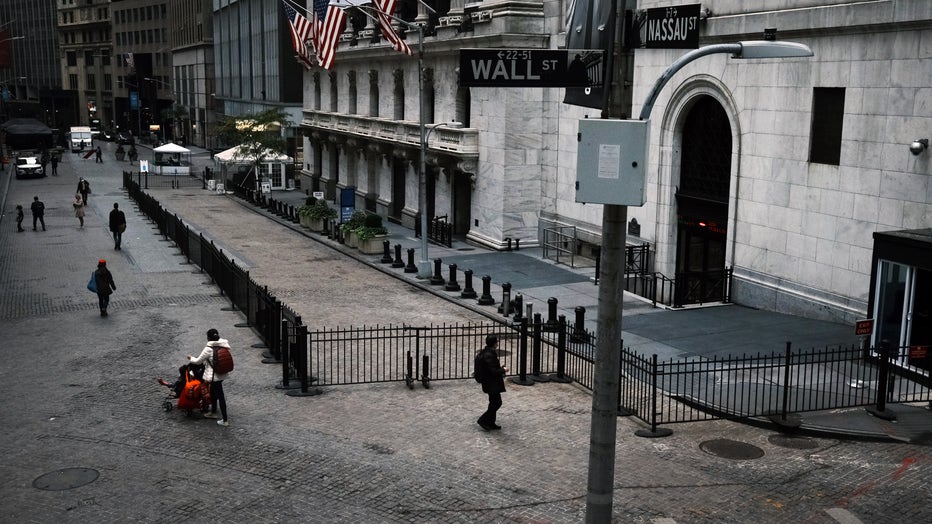 Part of the shortfall is likely because laid-off workers are no longer getting extra unemployment benefits from the U.S. government following the expiration of several financial-support programs from Congress. Democrats and Republicans in Washington have talked about renewing some of the programs, but progress has been painfully slow amid deep partisanship in Washington.

That’s layering on top of the accelerating pandemic, which is pushing governments across the United States and Europe to bring back varying degrees of restrictions on daily life in hopes of slowing the spread of the virus. Health experts are warning of a bleak winter on the way.

“The concern is that people will lose confidence in efforts to control the pandemic, and ... we’re seeing signs of that already,” Powell said in an online discussion with the Bay Area Council, a San Francisco-based business group.

That’s all helped dilute some of the optimism that’s rushed through markets since early last week. Companies have released encouraging early results for a couple potential COVID-19 vaccines, which is raising hopes that the economy can get back to normal and stocks beaten down during the pandemic can roar back to life.

Even with Tuesday’s decline, the S&P 500 is still up 10.4% for November so far. That’s better than any monthly performance for the index since April, when stocks were exploding higher following their pandemic-induced plunge.

“So, this theme of rotation away from some of these hyper-valued tech names to some more reasonably valued and profitable companies is going to be a big part of the theme going into the end of the year,” Trainer said.