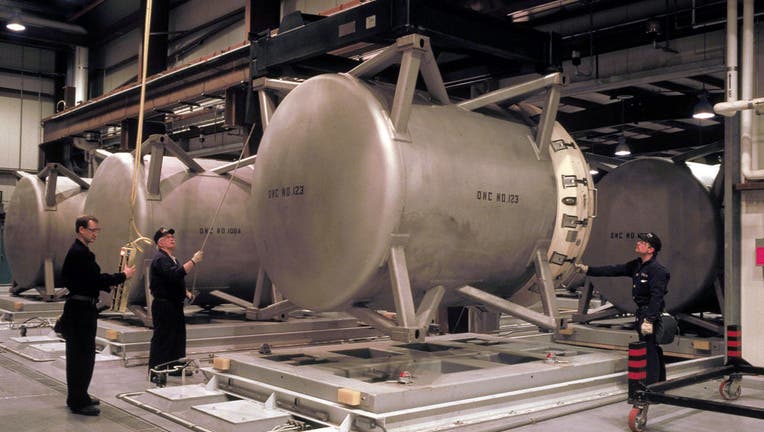 LOUISVILLE, Ky. - The last stockpiles of a deadly chemical agent in the U.S. have been safely eliminated, according to Kentucky officials in charge of destroying the Cold War-era weapons.

The final M55 rocket containing VX nerve agent was destroyed Tuesday at the Blue Grass Chemical Agent plant. Officials at the Kentucky plant began disassembling about 18,000 of the rockets and draining the VX agent in July, according to a news release from plant officials.

VX is considered the deadliest of the chemical agents that was produced by the U.S., much of it in the 1960s. It has a consistency similar to motor oil and even a tiny amount causes victims’ bodies to flood with fluids, producing a feeling of drowning before death. Officials in 2017 declared that assassins used VX agent to kill the brother of North Korean leader Kim Jong Un in a Malaysian airport.

The Kentucky Army depot still has 277 tons of other chemical agents left to be destroyed, after beginning with more than 520 tons of VX, GB and mustard agent that was in storage for decades. Officials said it all should be gone by next year after it began eliminating its mustard agent stockpiles in 2019.

The military had planned decades ago to destroy the weapons in Kentucky by burning them, but after concerns from residents and environmental groups, a plan was settled on to use water and chemicals to neutralize the agents.

There are also chemical weapons being destroyed at an Army facility in Pueblo, Colorado. The stockpiles at the two sites accounted for the last 10% of an original stockpile of more than 30,000 tons of chemical weapons in the U.S. The Army used incineration methods to destroy the weapons at other sites.