FAYETTE COUNTY, Texas - A stolen vehicle has been recovered by the Fayette County Sheriff's Office. The Ford Raptor was reported stolen out of San Antonio.

According to the sheriff's office, Sgt. Ryan Meagher attempted to stop a 2019 gray Ford Raptor on eastbound Interstate 10, near mile marker 674, around 10:22 p.m. on Thursday, February 17. The vehicle reportedly failed to yield to Meagher and a pursuit ensued. 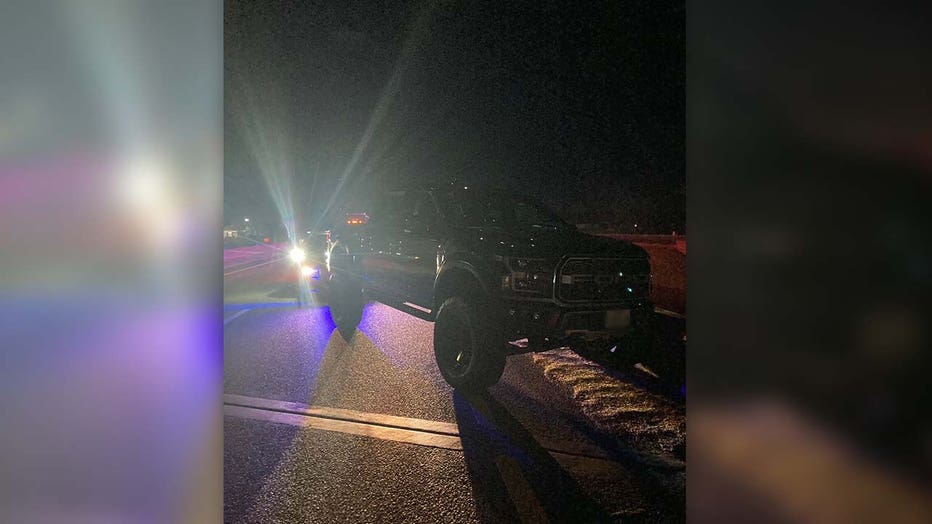 The vehicle reportedly exited at exit 677 and immediately got back on Interstate 10, heading westbound. Spike strips, or tire deflation devices, were deployed at the 666 westbound mile marker by police officers.

The spike strips disabled the vehicle's tire, causing the vehicle to become inoperable.

The vehicle came to a stop at the 661 westbound overpass, according to the sheriff's office. The driver, who was unarmed, was taken into custody without incident.