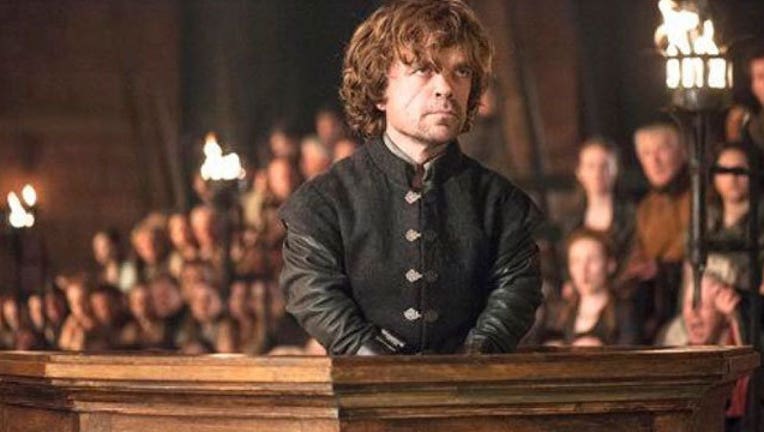 The Emmy Awards had its share of surprises, sure things and Donald Trump jokes. One consistent theme was the continued creative erosion at the top broadcast networks, now merely an afterthought on television's biggest night.

"Game of Thrones" won best drama for the second year in a row on Sunday, and became prime-time television's most-honored show ever. Fellow HBO series "Veep" was named top comedy for the second straight year and that show's star, Julia Louis-Dreyfus, won best comedy actress for the fifth straight time and a record-setting sixth time in her career.

Other big winners included actors Jeffrey Tambor, Rami Malek and Tatiana Maslany, along with most everyone associated with the FX miniseries, "The People vs. O.J. Simpson."

Of the 27 awards handed out in prime time, six apiece went to HBO and FX. Streaming services Netflix had three and Amazon two.

The Emmy broadcast rotates each September among the four biggest broadcast networks — ABC, CBS, NBC and Fox — and is designed to drum up excitement for the beginning of the fall season. Yet you'd hardly know those networks exist from watching Sunday's awards. They accounted for four of the 27 awards, and only one for a prime-time scripted series. The most-watched network, CBS, was shut out.

Other trophies were sprinkled among USA, BBC America, AMC and Comedy Central — a stark illustration of the changing nature of television.

"There's great stuff on network, there's great stuff on cable," said Alan Yang, who won a comedy writing award with Aziz Ansari for Netflix's "Master of None." ''What's been really great about Netflix is they give us a lot of freedom and they trust us to pursue what our personal stories are. I think they've been rewarded with stuff that feels a little fresh."

"Games of Thrones," the fantasy saga based on George R.R. Martin's novels, received 12 awards Sunday and at last weekend's technical arts ceremony. That makes 38 total in the series' history, passing "Frasier" as the most-honored prime-time series ever.

"Oh, my God. Please tell me you're seeing this too," said a stunned Malek, who participates in a hacking conspiracy in a series where it's never quite sure what's real and what's imagined.

The top comedy acting awards were more predictable. Host Jimmy Kimmel even jokingly handed an Emmy to "Transparent" star Tambor at the outset of the show; he later got one for real. Tambor, who plays a man who has transitioned to a woman, urged Hollywood creators to find roles for real-life transgender actors.

An emotional Louis-Dreyfus noted that her father had passed away only a few days before. Still, she took time in her acceptance speech to note the uncomfortable resemblance of the current political scene to the fictional one in "Veep."

"I think that 'Veep' has torn down the wall between comedy and politics," she said. "Our show started out as a political satire but it now feels more like a sobering documentary."

The presidential campaign was foremost in many minds. Former candidate Jeb Bush had a cameo in Kimmel's opening skit, Emmy winner Courtney B. Vance voiced support for Hillary Clinton and Kimmel jokingly called out producer Mark Burnett, seated in the audience, as the man responsible for Donald Trump. Burnett cast Trump in the series "The Apprentice," which broadened the New York businessman's appeal.

Clinton tweeted her congratulations to Kate McKinnon of NBC's "Saturday Night Live," who won a supporting actress award for comedy. McKinnon's portrayal of Clinton is her best-known impression.

Kimmel took a breezy approach to hosting, with some of his best moments coming in quips as the night progressed, as opposed to the more produced opening sequence.

"What a night for O.J.," Kimmel said as the Simpson miniseries earned five trophies Sunday. "I wonder if he's having a viewing party with the guys." Simpson is serving time in a Nevada prison

Winning actors from the Simpson series couldn't hide their excitement backstage. Sterling K. Brown, who won a supporting actor award, said later it felt like he had floated out of his body and looked down at everyone in the crowd when his name was announced. Acting winner Vance, who sweetly thanked his wife onstage, said he's ready to hand over his trophy to her.

"She'll tell me where it will go in our house," he said.

Backstage, actress Regina King took note of the Simpson series after winning a supporting award for "American Crime," the only winner from a scripted series that aired on one of the commercial broadcast networks.

"I'm happy to be able to stand with this in my hand for the team, happy that there was no one from 'People vs. O.J.' in my category," she said.

John Oliver of HBO's "Last Week Tonight" won the Emmy for top variety talk series. But the night was not without some disappointment for the comic. He told reporters later that he had been excited about seeing a seating chart where he was going to sit two rows behind Beyonce.

"It's all I've been thinking about for the past 48 hours, that I'd be looking at the back of Beyonce's head for four hours and she hasn't turned up," he said. "So, this is nice, but this evening genuinely has a sense of loss. I was going to stare at the back of her head and experience happiness in a form that I hadn't felt."

Maggie Smith was honored as best supporting actress in a drama series for the final season of "Downton Abbey." It was her third win for playing the formidable dowager. As became her custom, she didn't attend the ceremony. That was gag material for Kimmel, who said her trophy would be in the "lost and found."