SAN MARCOS, Texas - The San Marcos Police Department has arrested a suspect in a non-fatal shooting in San Marcos.

On Sunday, Sept. 20, San Marcos police received a call just before 8 p.m. reporting a shooting at a home on Armstrong Street. The caller said two suspects fled the scene after shooting the victim in the back.

Upon arrival, officers found the victim with a gunshot wound to his lower back. The man would only say that he was buying a pressure washer from a friend when the shooting occurred. The man was transported to Ascension Seton Hays Hospital in Kyle with non-life-threatening injuries, says SMPD.

One subject fled on foot, but SMPD detained him as he attempted to leave the neighborhood on foot. He was transported for questioning. The second suspect was identified as 28-year-old Luis Jordan Sanchez. 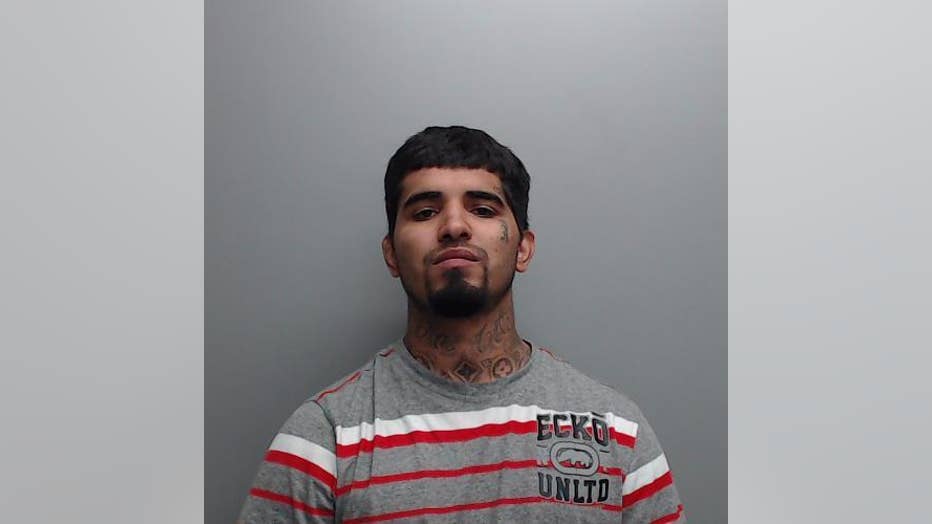 On Monday, Sept 21, an officer conducted a traffic stop on a vehicle on Rio Vista Street for a minor traffic violation around 2 a.m. The driver was identified as Sanchez and he was then detained and arrested, SMPD says.

SMPD says a firearm believed to have been used in the shooting was located in his vehicle, along with narcotics.