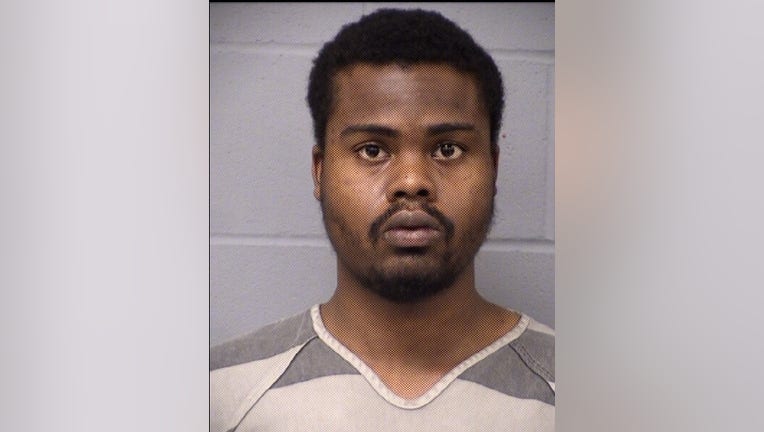 On April 7, 2021, arrest warrants were obtained on O’Neal for first-degree felony murder and second-degree aggravated assault with a deadly weapon – serious bodily injury.

On Tuesday, April 6, at approximately 12:26 a.m., Austin 911 says it received a call about a male subject that had been shot in the parking lot of the apartment complex located at 7330 Bluff Springs Rd.

Austin-Travis County EMS and APD officers arrived on the scene. Despite life savings efforts, police say the victim succumbed to his injuries and was pronounced deceased at 12:49 a.m.

Homicide investigators and crime scene personnel arrived on the scene and began to investigate.

According to witnesses, the suspect was seen leaving the apartment complex in a white four-door sedan. The Travis County Medical Examiner’s office conducted an autopsy and determined the official cause of death to be a gunshot wound and the manner homicide.

Through further investigation, homicide detectives say they were able to identify a suspect, Francois O’Neal.

Police are searching for the shooter involved in a homicide at a Southeast Austin apartment complex early Tuesday morning. FOX 7 Austin's John Krinjak has details.

Police say O’Neal was found with a weapon in his possession that matched the ballistics to the murder scene. The ballistics also matched shell casings recovered from a shooting that occurred on April 5, 2021, just 24 hours earlier at 12820 N. Lamar Blvd. The victim’s shooting injuries, in that case, were not life-threatening.

On April 7, 2021, arrest warrants were obtained on O’Neal for first-degree felony murder and second-degree aggravated assault with a deadly weapon – serious bodily injury.

Detectives are asking anyone with information or video of the incident to call APD Homicide at 512-974-TIPS, email homicide.apd@austintexas.gov, utilize the Crime Stoppers tip line at 512-472-8477 (TIPS), or the Crime Stoppers app. You may remain anonymous.  You can also submit tips by downloading APD’s mobile app, Austin PD, free on iPhone and Android.