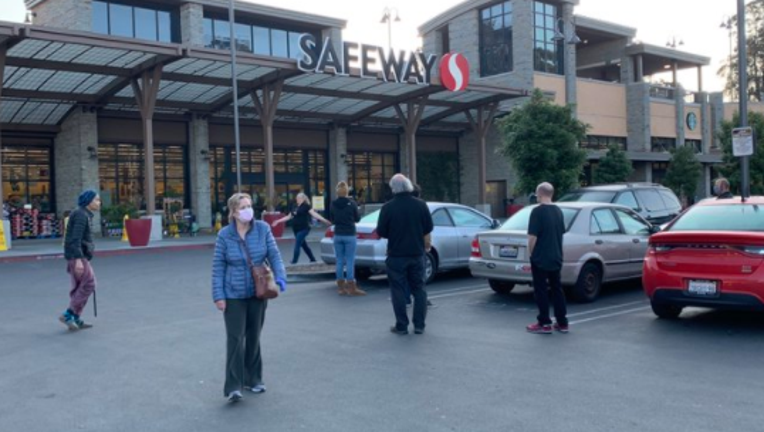 OAKLAND, Calif. - The Alameda County Bomb Squad on Friday said a suspicious-looking electrical rod left in a shopping cart at a Safeway in Oakland prompted a temporary evacuation.

About 9 a.m., the sheriff tweeted that the pipe bomb scare was unfounded at the Safeway at 51st and Broadway.

Safeway shopper Michael Kazakaitis said he was asked to leave the story about 7:30 a.m.