WIMBERLEY, Texas - An Austin woman is in custody and facing multiple felony charges after Hays County Sheriff's deputies responded to a suspicious vehicle call in Wimberley.

Deputies responded to the Wimberley Square around 4 a.m. on October 15 for a suspicious vehicle call. After running the license plate of the vehicle, deputies discovered they were stolen out of Austin and contacted the woman sleeping in the car, identified as Dionne Episcopo of Austin. 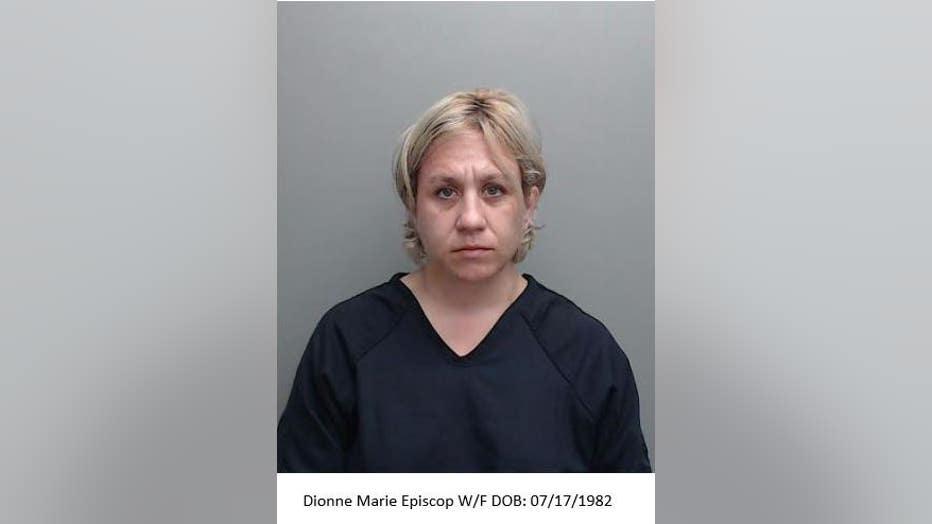 HCSO says deputies were able to see inside the vehicle and saw numerous items that fit the description of those stolen in the burglary of a home the day before in the Wimberley area. Episcopo was arrested for possession of the stolen license plates and transported to the Hays County Jail.

Upon searching the vehicle, detectives confirmed the items to have been stolen and returned them to the owner. HCSO says the burglary is still under investigation. Detectives also found a bag with over 70 forms of identification such as W-2s, driver’s licenses, social security cards, passports, etc., belonging to a number of different victims, narcotics, and forged checks.

Another warrant for burglary of a vehicle, a class A misdemeanor, is pending for Episcopo in connection with a vehicle burglary in the 100 block of Oak Drive in Wimberley on Oct. 14.

RELATED: Driver arrested after leading deputies on pursuit in Wimberley