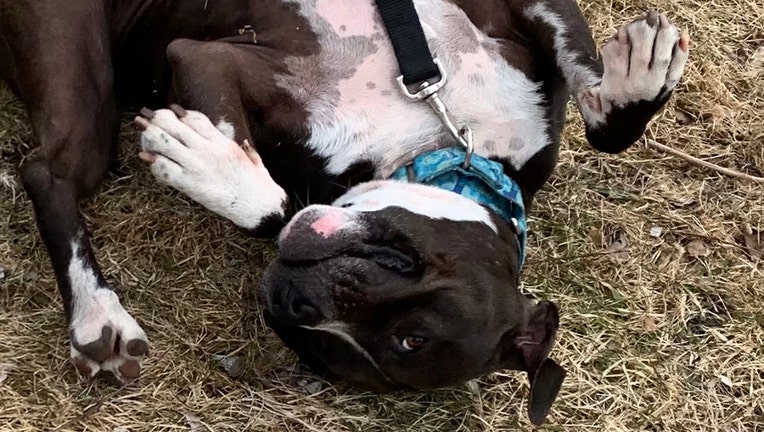 NEW YORK - A very good dog named Max who spent more than a year and a half in shelters has found a human and a permanent home in central New York.

Max lived at the Susquehanna SPCA for more than 450 days after coming from another shelter where he had already waited four months without finding a home.

"When he came here, we thought he would find his home easily because he is such a nice guy," executive director Stacie Haynes said. "Turns out, he just kept getting looked over and he wasn't on our radar as an urgent dog to get out because he is just so sweet." 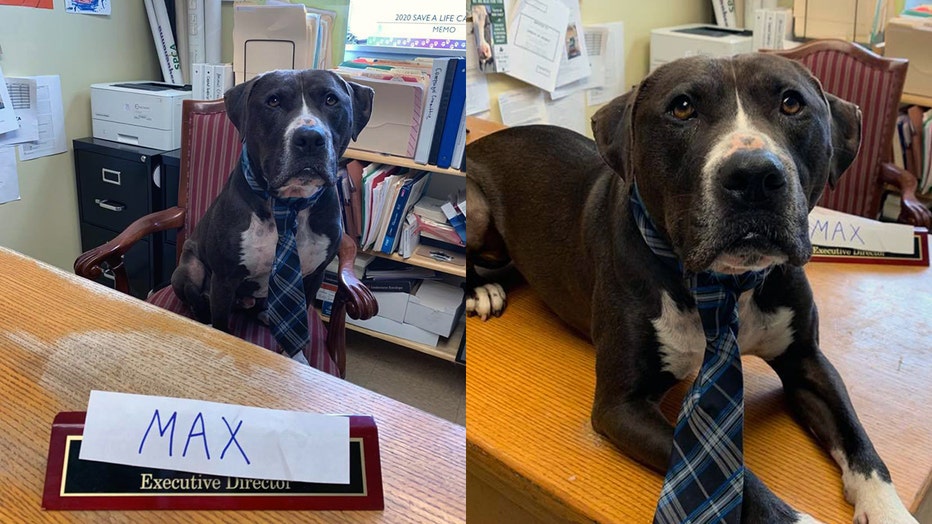 Max spent March 3 as the executive director of the shelter. (Courtesy of Susquehanna SPCA)

Earlier this month, Haynes traded places with Max for a day to raise awareness of the plight of shelter dogs. Max spent the day in Haynes' office. He wore a tie and his name was taped onto the "Executive Director" nameplate on the desk. For her part, Haynes spent the day in Max's concrete kennel, "with the occasional bathroom break and an enrichment toy or two, watching people and dogs pass me by throughout the day," she said. 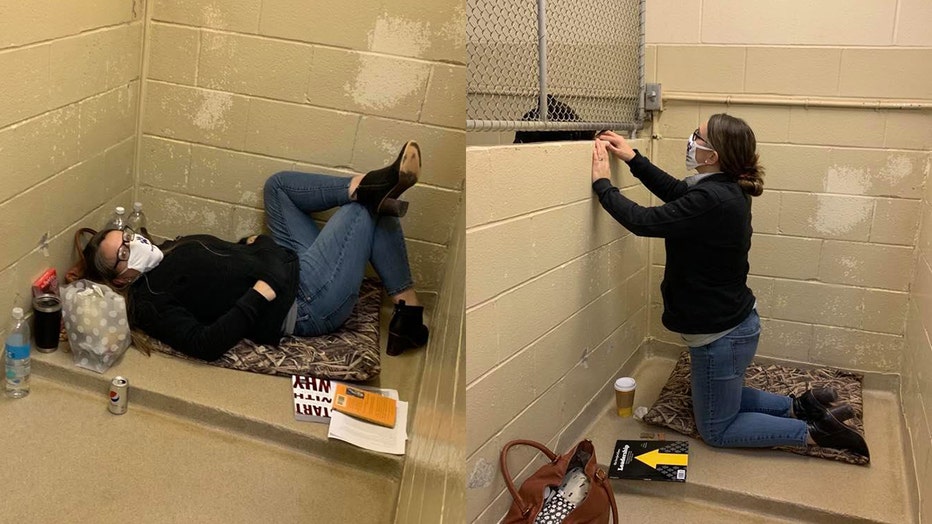 Stacie Haynes, the executive director of the Susquehanna SPCA, spent a day in a concrete kennel while Max hung out in her office, March 3, 2021. (Courtesy of Susquehanna SPCA)

The swap garnered attention on social media as well on television.

Ed Panus of Moravia, a village in the Finger Lakes region, saw a news story about the special stunt and then visited the shelter. He said he felt an instant connection with the 5-year-old pit bull terrier mix.

"I noticed he was almost like the dog I had that passed away here at the end of last year," Panus told WBNG News 12. So the two went home together and became fast friends. 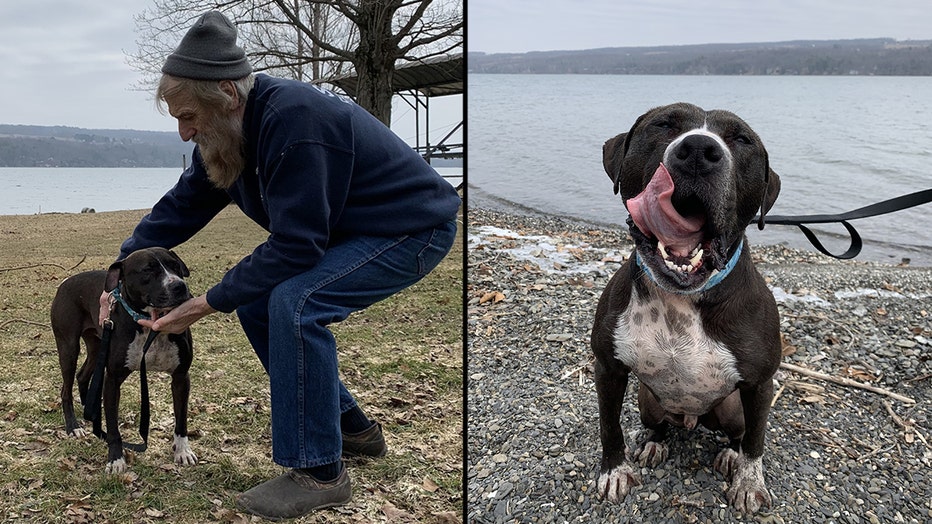 This week, staff from Susquehanna SPCA checked on Max in his new life. He spends a lot of time bonding with Panus on their couch and also swimming in a lake.

"We visited with Max and his dad, Ed, yesterday and we were blown away at how happy and content he was after just a few days outside of his kennel," staff wrote on Facebook on Thursday. 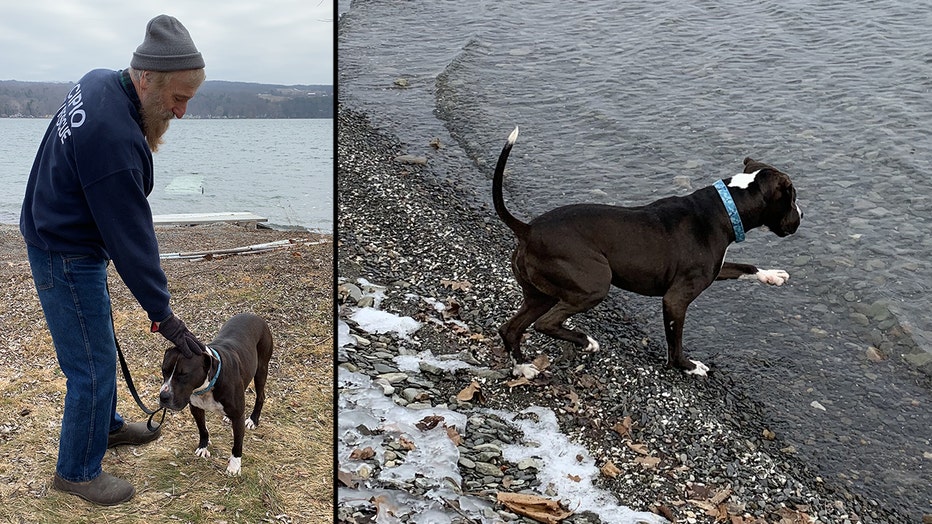 So even though Max was very well cared for at the shelter, nothing compares to a life in a permanent home with a full-time human partner. And that was the message of the Haynes-Max swap, which drove home the importance of rehoming animals as quickly as possible.

"Max is full of life and we could not be happier for him," Haynes said. 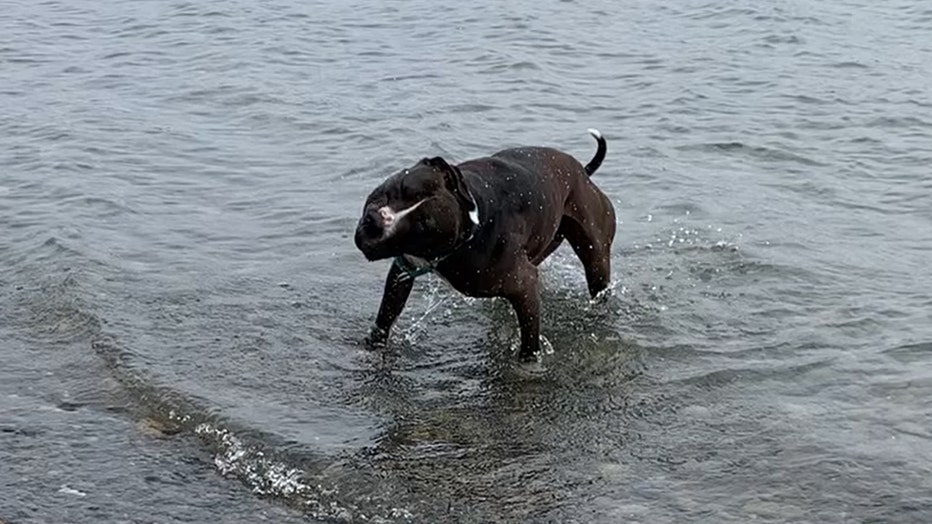 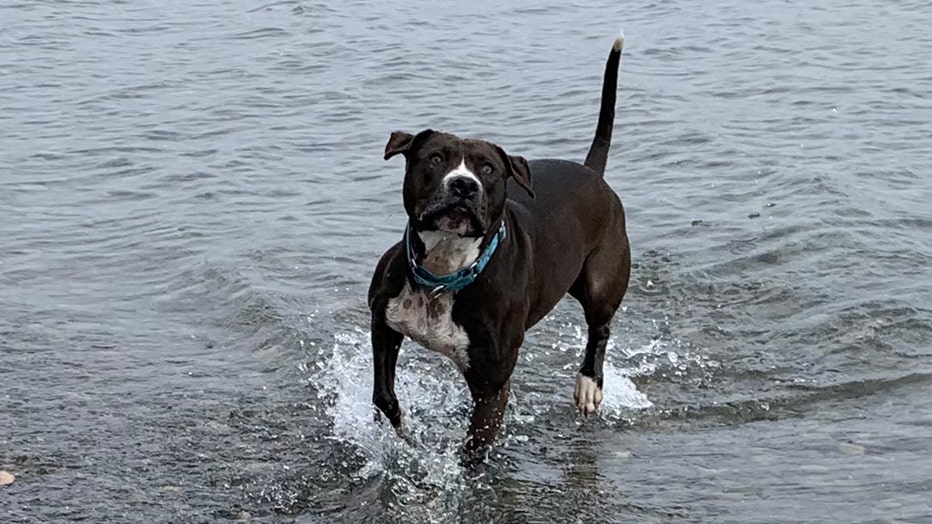 What a happy boy! (Courtesy of Susquehanna SPCA) 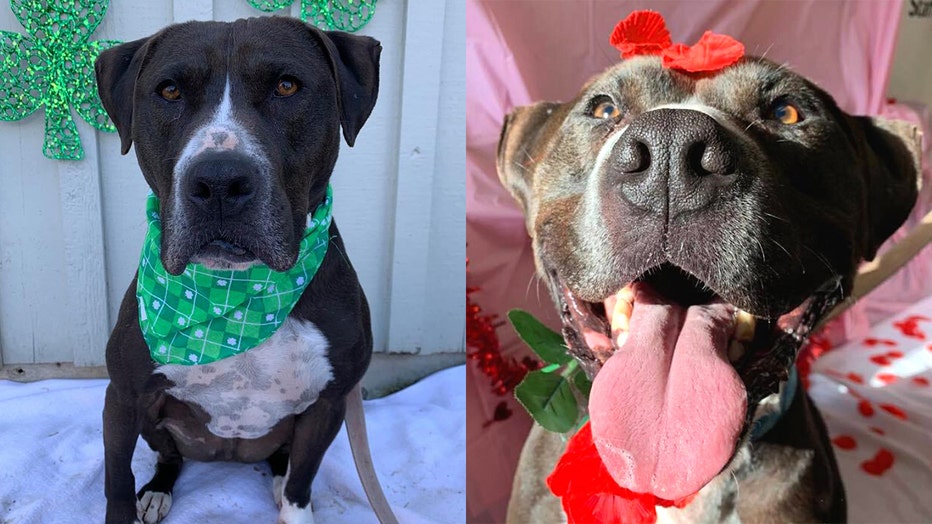