TRAVIS COUNTY, Texas - A Del Valle man has been arrested after the Travis County Sheriff's Office says he shot at deputies during a chase after a crash in late February. 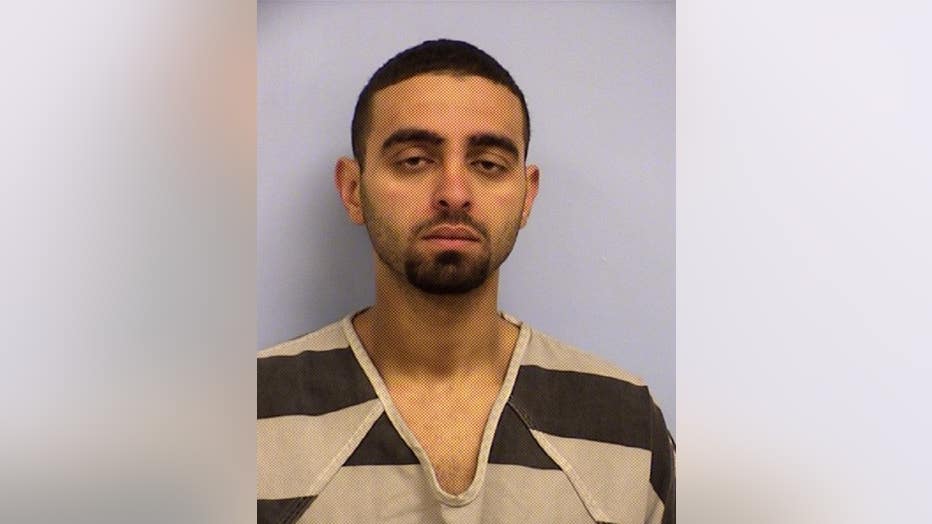 Ala Mohammad Al-Hilo, 22, has been charged with aggravated assault on a peace officer, unlawful possession of a firearm, evading arrest and parole violation.

TCSO says that on Feb. 22, deputies responded to a crash in the 7400 block of SH 130 in which a vehicle involved left the scene. A responding deputy saw the vehicle and began following it. The driver accelerated and evaded the deputy, firing a gun at him multiple times. The driver then caused a crash with two other vehicles at FM 969 and FM 973.

RELATED: TCSO searching for armed suspect involved in two crashes, believed to have shot at deputies during chase

The driver fled on foot into a heavily wooded area and for the next several hours, TCSO deputies and K9, Austin police, Air 1 and Star Flight conducted a search. The suspect was not found during that search, but evidence in his vehicle along with witness testimony provided detectives with the information they needed to identify the man as Al-Hilo.

Al-Hilo was later arrested on March 13 by TCSO working in partnership with the US Marshals Lone Star Fugitive Task Force. He was booked into the Travis County Jail and bail was been set collectively at $150,000.