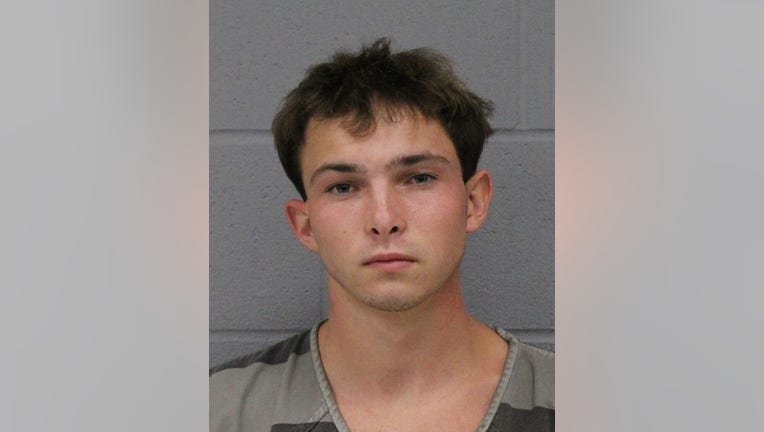 AUSTIN, Texas - A teen has been arrested for allegedly striking a woman at an intersection in the Circle C Ranch neighborhood in Southwest Austin and then driving away.

Weston Holtz, 18, turned himself in to the Travis County Jail on August 31 for the hit-and-run crash that killed 70-year-old Sandra K. Neilsen on August 17.

Holtz has been charged with second-degree felony accident involving death.

APD officers responded to the crash just after 8:30 a.m. that day at the intersection of Way Lane and South Bay Lane, where a car had hit a pedestrian, later identified as Neilsen, then drove off.

Neilsen was taken to the hospital where she died the next day.

The vehicle involved in the crash, which court documents say belongs to Holtz's mother, was found on August 30 by the Santa Rosa Police Department, in California, and a warrant was issued the next day. Holtz then is believed to have flown back to Austin at the time the warrant was issued.

Neighbors said a lady, who walks frequently, was hit on the corner of South Bay Lane and Way Lane and was killed the morning of August 17. They said the driver didn’t stop and instead peeled away.

Neighbors spoke to FOX 7 Austin just a few days after the crash, saying Neilsen was loved and this is a huge loss to the tight-knit community.

She was also in cancer remission and was planning on celebrating her 49th wedding anniversary later that day.