Police have arrested a suspect believed to be responsible several violent crimes in Arlington that left one man dead and three women seriously injured this week.

ARLINGTON, Texas - Police have arrested a suspect believed to be responsible for several violent crimes in Arlington that left one man dead and three women seriously injured this week.

Police say Osagie Ayanru, 18, robbed, beat and stabbed a convenience store clerk on Monday. He demanded money from the female clerk. But after she gave it to him, he repeatedly stabbed her. She was taken to a hospital with serious injuries. 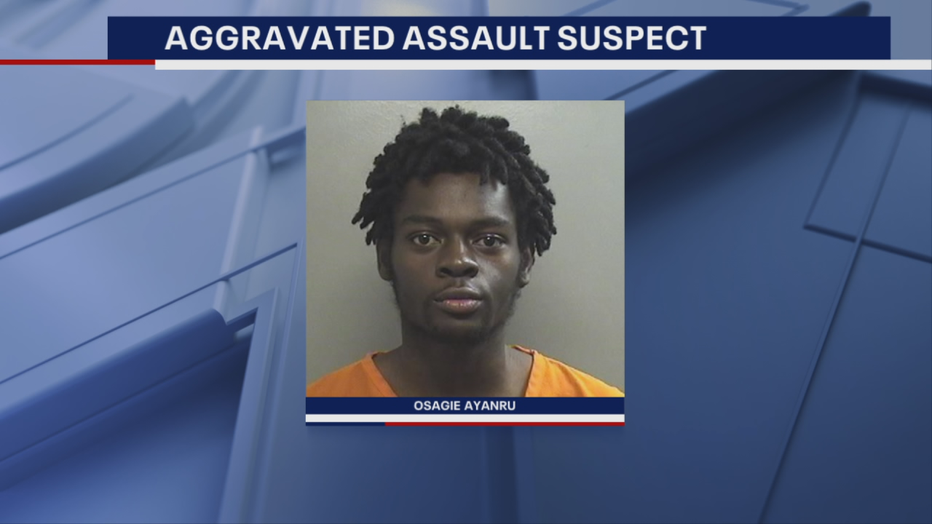 “Without warning, the suspect began to brutally attack the clerk,” said Arlington Police Lt. Chris Cook. “Punched her, kicked her, stabbed her multiple times, even kicking her in the head as she lied on the ground.”

Later that evening, a short distance from the store, a husband and wife were attacked during an evening walk.

The attacker stabbed, beat and robbed the couple. The husband, 44-year-old Islam Duly, died. His wife survived with serious injuries.

“Again, the suspect attacked both the man and woman by punching them, stabbing them multiple times, even though both of them were cooperative when he demanded they turn over their personal property,” Cook said.

A short time after that attack, police say a driver struck a woman nearby who was walking her dog. The woman was thrown onto a lawn and survived, but her dog did not.

“In addition, the car had damaged consistent with the striking of a pedestrian,” Cook said.

Police believe the car used in that crime, is the one stolen from the convenience store -- which they later recovered.

Detectives realized their suspect is of a relatively young age and distributed surveillance images to area schools.

An Arlington ISD staff member believed it to be Ayanru, and the 7-Eleven clerk picked him out of a lineup.

Burley Hudson knew about the crime wave. He just didn’t expect his neighbor of 15 years might be responsible.

“He’s always been a nice respectful kid. Plays basketball all the time up at the school,” he said. “So it’s kind of odd and appalling, shocking, to know that it’s someone across the street.”

Ayanru is charged with aggravated while police process evidence to determine if they can charge him with the murder and hit and run as well.