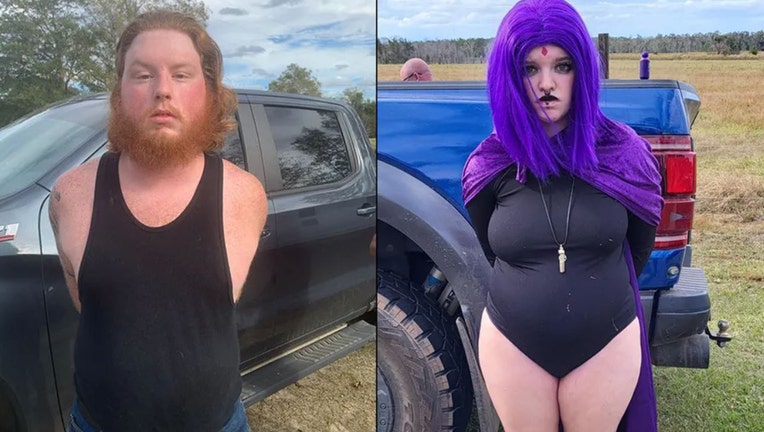 Coby Jerome Jordan, left, and Molly Michele Jarrett, right, were arrested in connection with the abduction and assault of a teenage girl on Nov. 4, 2022. (Jackson County Sheriff's Office, Florida)

HOUSTON COUNTY, Ala. - A teenage girl was kidnapped from Alabama and taken across state lines to Florida, where she was beaten, bound and abandoned under a tree, police said.

The girl met Coby Jerome Jordan in Houston County, Alabama, on Friday evening, when police said she was "picked up" by Jordan before two women joined him, the Jackson County Sheriff’s Office announced Sunday.

A spokesperson could not say how old the victim was, other than that she was a teenager under the age of 18 and could not speak to the circumstances of the girl’s meeting with Jordan. It was unclear if the victim knew any of the suspects before Friday.

RELATED: Nevada mom pocket dials 911 to save herself, 3 kids from kidnapper: 'Bravely created a plan'

The trio then took the victim to an abandoned building around 1 a.m. Saturday, when Jordan assaulted her and bound her hands and feet with duct tape, police said.

They then moved her and abandoned her underneath a tree at an unspecified location.

A nearby resident spotted the victim tied up and called police around 6:15 a.m. Saturday. Sheriff’s deputies arrived to find the girl still bound with her hands behind her back.

She was rushed to a local hospital and is expected to survive, police said.

Jordan was ultimately arrested and charged with robbery, false imprisonment, tampering with a victim and battery, police said.

They are expected to appear in court early this week.

It was not immediately clear if either suspect would be charged federally.

For the latest updates on this story, visit FOXNews.com.