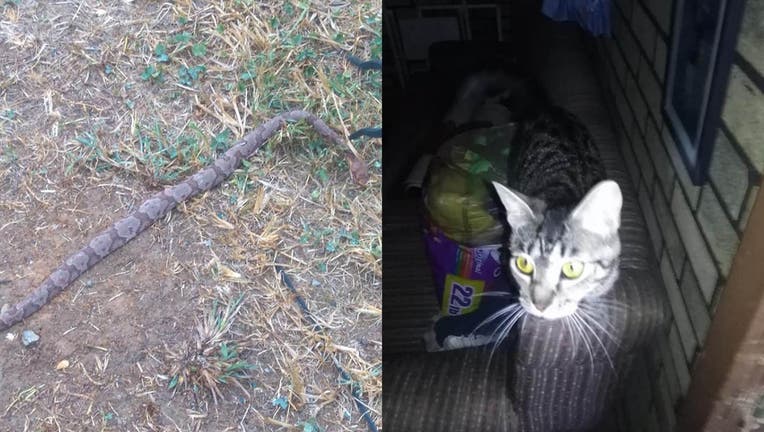 FOX NEWS - A Tennessee woman says a paw-some shelter cat saved her 81-year-old father from a venomous snake that had crawled into the house.

The copperhead snake wound up on the losing end after running into the feline fighter, Shelly, in Jimmie Nelson’s house in Claiborne County.

"I think the Lord sent the cat to us to save my dad," Teresa Seals told WBIR-TV Thursday.

Nelson, a stroke victim, heard a noise in the middle of the night last week and thought it was the cat playing.

But, two days later, he found the dead snake, according to the station.

"I got out and looked under the table and there laid a snake," he said.

Nelson adopted Shelly from a local shelter for companionship.

Teresa Seals said on Facebook on Monday that she found claw marks on the snake’s head and neck.

“So, the cat apparently killed the snake and brought it out to show dad his prize,” she said. “Now, Shelly is a true hero.”