DETROIT - A group of Tesla shareholders suing CEO Elon Musk over some 2018 tweets about taking the company private is asking a federal judge to order Musk to stop commenting on the case.

Lawyers for stockholders of the Austin, Texas-based company also say in court documents that the judge in the case has ruled that Musk's tweets about having "funding secured" to take Tesla private were false, and that his comments also violate a 2018 court settlement with U.S. securities regulators  in which Musk and Tesla each agreed to pay $20 million fines.

Musk, during an interview Thursday at the TED 2022 conference, said he had the funding to take Tesla private in 2018. He called the Securities and Exchange Commission a profane name and said he only settled because bankers told him they would stop providing capital if he didn't, and Tesla would go bankrupt. 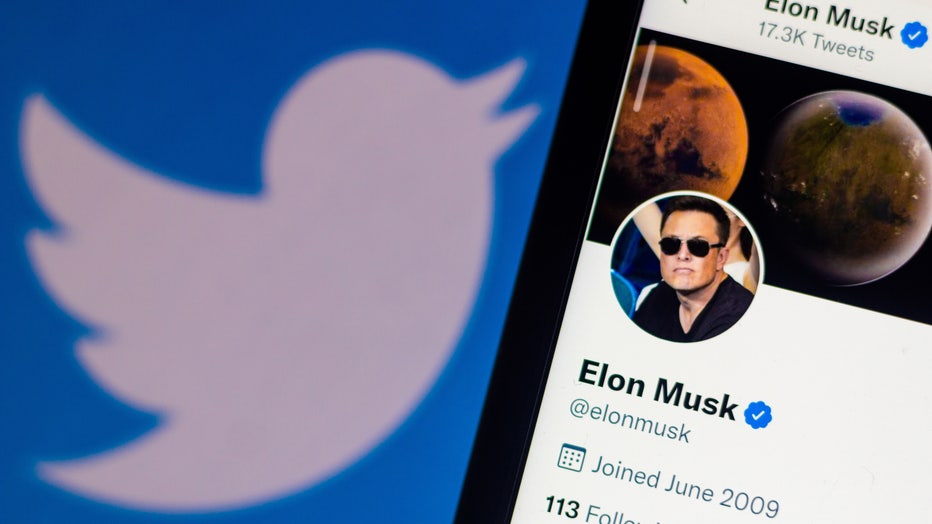 A group of Tesla shareholders suing CEO Elon Musk over some 2018 tweets about taking the company private is asking a federal judge to order Musk to stop commenting on the case. (Photo Illustration by Rafael Henrique/SOPA Images/LightRocket via Getty Images)

The interview and court action came just days after Musk, the world's richest person, made a controversial offer to take over Twitter and turn it into a private company with a $43 billion offer that equals $54.20 per share. Twitter's board on Friday adopted a "poison pill" strategy that would make it prohibitively expensive for Musk to buy the shares.

In court documents filed Friday, lawyers for the Tesla shareholders alleged that Musk is trying to influence potential jurors in the lawsuit. They contend that Musk's 2018 tweets about having the money to take Tesla private at $420 per share were written to manipulate the stock price, costing shareholders money.

Now, lawyers say Musk is campaigning to influence possible jurors as the case gets closer to trial.

"Musk's comments risk confusing potential jurors with the false narrative that he did not knowingly make misrepresentations with his Aug. 7, 2018 tweets," the lawyers wrote. "His present statements on that issue, an unsubtle attempt to absolve himself in the court of public opinion, will only have a prejudicial influence on a jury."

The lawyers asked Judge Edward M. Chen in San Francisco to issue restrain Musk from making further public comments on the issue until after the trial. Chen gave Musk's lawyers until Wednesday to respond.

Alex Spiro, a lawyer representing Musk, wrote in an email Sunday that the plaintiffs' lawyers are seeking a big payout. "Nothing will ever change the truth, which is that Elon Musk was considering taking Tesla private and could have," he wrote. "All that's left some half-decade later is random plaintiffs lawyers trying to make a buck and others trying to block that truth from coming to light, all to the detriment of free speech."

But the shareholders' lawyers wrote that Chen already ruled that Musk's tweets were false and misleading, and "that no reasonable juror could conclude otherwise."

Judge Chen's order, issued April 1, was not in the public court file as of Sunday. Adam Apton, a lawyer for the shareholders, said it was sealed because it has evidence that Musk and Tesla say is confidential. It will stay sealed until the parties agree if anything should remain sealed, he wrote in an email. "Our motion for TRO (temporary restraining order) accurately describes the issues decided by the court," Apton wrote.

After Musk's 2018 tweets, the SEC filed a complaint against him alleging securities law violations. Musk then agreed to the fine and signed the court agreement. Part of the agreement says that Musk "will not take any action or make or permit to be made any public statement denying, directly or indirectly, any allegation in the complaint or creating the impression that the complaint is without factual basis.

If Musk violates the agreement, the SEC may ask the court to scrap it and restore the securities fraud complaint, the agreement says. A message was left Sunday seeking comment from the SEC.

Spiro, on behalf of Musk, already has asked a Manhattan federal court to throw out the agreement. He contends the SEC is using the pact and "near limitless resources"  to chill Musk's speech. Court documents filed by Spiro say Musk signed the agreement when Tesla was a less mature company and SEC action jeopardized its financing.