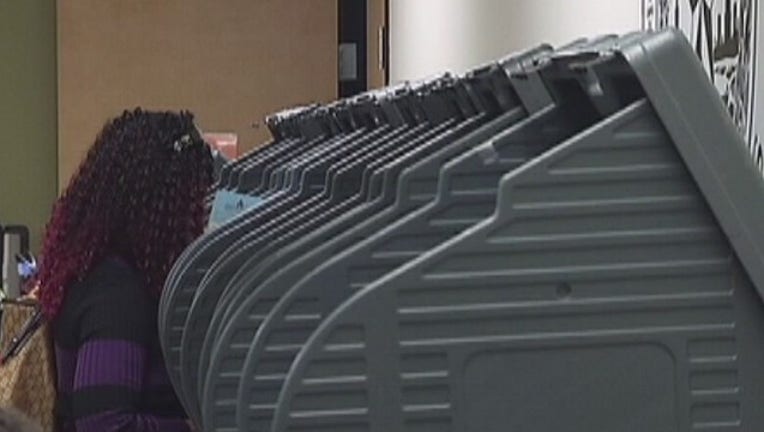 AUSTIN, Texas (AP) - Texas' voter ID law is shelved again after a judge who once compared the requirements to a "poll tax" on minorities also rejected a newly weakened version that was backed by the Trump administration.

The ruling Wednesday was the second time this month that Texas has lost key battles over voting rights in federal court, and a third could be on the way soon. The decisions are set to impact the 2018 elections and potentially reverberate to voting rights battles elsewhere in the U.S.

Here's a look at how Texas got here and what comes next:

Texas' voter ID law was among one of the most restrictive in the U.S. It required voters to present one of seven forms of identification in order to cast a ballot - gun licenses were sufficient proof to vote, but not college student IDs.

Texas has essentially been fighting to preserve the law since it was passed by the GOP-controlled Legislature in 2011. In 2014, U.S. District Judge Nelva Gonzales Ramos blocked the measure while accepting findings that more than 600,000 Texas voters lacked one of the suitable forms of ID - about 4.5 percent of all registered voters in the state.

Retooling the law this spring, the Legislature added a provision that voters without an acceptable ID could still vote if they signed an affidavit. But Gonalzes Ramos this week rejected that version, too, and said that criminal penalties Texas attached to lying on the affidavit could scare away voters fearful of making an innocent mistake.

In addition to passing the voter ID law in 2011, the Texas Legislature also approved new voting maps that year that fortified GOP control of the statehouse and protected Republican incumbents in Congress.

Since 2010, the Hispanic population of Texas has grown more than three times that of whites.

The losses have continued piling up for Texas even as the U.S. Justice Department has essentially reversed course under the Trump administration and backed both the existing maps and revised voter ID law.

The voter ID battle could ultimately head to the U.S. Supreme Court and become a blueprint for other states. The findings of intentional discrimination also leave open the potential of Texas becoming the first state to have its elections come under federal oversight since a major Supreme Court ruling in 2013.

That was the year the court gutted the federal Voting Rights Act, which had required states with troubled racial histories to submit election changes for approval. But still intact is a lesser-known provision in the law that would essentially restore that requirement if states were found to discriminate against voters.