The Republican-controlled Texas Supreme Court sided with Governor Greg Abbott by issuing a stay order in the legal battle over mask mandates in Texas.

The Republican-controlled Texas Supreme Court sided with Governor Greg Abbott and Attorney General Ken Paxton by issuing a stay order in the legal battle over mask mandates in Texas.

The legal battle started when Jenkins filed a motion for a temporary restraining order (TRO) along with the attorney for a dozen North Texas parents. They argued the governor overstepped his authority by limiting the actions local officials can take to combat the COVID-19 crisis. 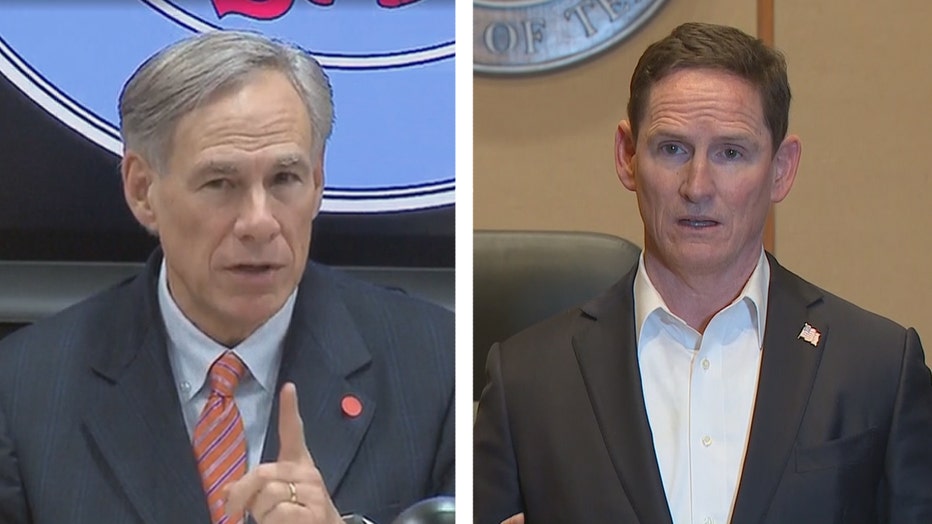 Jenkins quickly issued a mask mandate after Tuesday’s court victory, which Gov. Abbott and the attorney general then appealed.

Friday, the Court of Appeals for the Fifth District of Texas at Dallas ruled in favor of the county judge, stating he has the authority to manage the COVID-19 crisis on a local level.

Gov. Abbott and AG Paxton then filed an appeal to the Texas Supreme Court,

The Texas Supreme Court issued stay orders Sunday, which temporarily blocks the Dallas County mask mandate until the entire case can be heard.

The hearing for the Dallas County mask mandate is set for August 24.

Judge Jenkins tweeted out after the ruling that "we won’t stop working with parents, doctors, schools, business + others to protect you and intend to win that hearing."

Gov. Abbott also tweeted out after the decision, reminding everyone that "the ban doesn't prohibit using masks. Anyone who wants to wear a mask can do so, including in schools."

Several school districts in Texas, including Dallas ISD, had issued their own mask mandates, going against the governor's executive order.

Dallas ISD's superintendent said the school district will keep its mask mandate in place despite the Texas Supreme Court ruling.

Other Dallas County school districts, Garland and Irving, said they will not have mask mandates in place, and will instead encourage everyone to wear masks in their schools.