Texas: The Issue Is - Will Texas lawmakers raise the age to buy assault-style rifles?

This week’s Texas: The Issue Is focuses on the push to raise the age to buy an assault-style rifle in Texas.

This week’s Texas: The Issue Is focuses on the push to raise the age to buy an assault-style rifle in Texas. 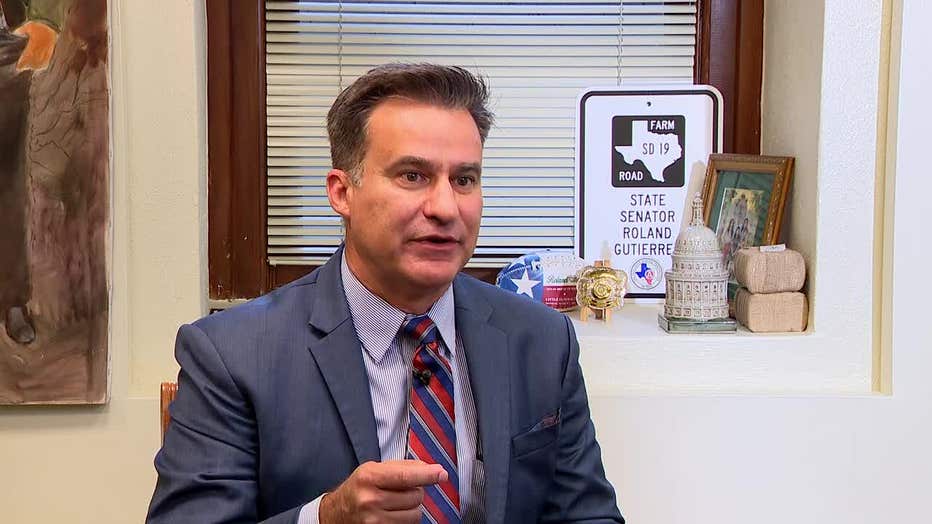 Steven: Do you think that is realistic though? When you guys come back, whether it's in a special session - which is likely to not happen - or during regular session, do you think Republicans and Democrat will vote to raise the age?

Gutierrez: The Republican mayor in Uvalde is asking for a special session asking for an age increase. People are meeting across the lines on this. The only person not meeting on any level is Greg Abbott. He is not meeting the moment.

Steven: Recently in North Texas, the governor said he believes because of a federal judge in Fort Worth, what you and others are asking for is not doable. Because a federal judge said it's not constitutional to impose an age restriction. What is your response to that.

Gutierrez: He knows that is a district court opinion, which has been stayed for the moment. He knows the attorney general has to appeal that case and ask for a stay of that decision. He knows the 5th Circuit, which controls that court in the state of Texas, has two decisions, NRA 1 and NRA 2. Both of those cases upheld age limits and both of those cases, the US Supreme Court denied review. Absolutely age limits are constitutional.

Texas: The Issue Is - Will Texas lawmakers raise the age to buy assault-style rifles? Part 2

Gutierrez: Age limits are legal in Texas, they are legal in the United States, 18 states have them and until the United States Supreme Court, the 5th Circuit will overturn the Fort Worth decision. He knows damn well what he is doing. And he is doing this because he doesn’t want to face the real facts that people will hold him to account in November.

Steven: Is it just talk of your colleagues (Republicans) saying I am for this? But when rubber meets the road, when you guys are back here in Austin, is that something you guys are going to get bipartisan traction?

Gutierrez: I am a Democrat; I’ve got a lot of Republicans in my community that vote for me as well. I have talked to three legislators on the other side of the aisle in the Texas Senate. They say, ‘Hey, this 18 thing makes sense.' They still, at the same time, refuse to be mentioned, they want to remain anonymous, but we’ve got to get there. I am going to push and these families in Uvalde are going to continue to push until lawmakers do the right thing.

Steven: Do you think Democrats are casting too wide of a net to have some bipartisan.

Steven: Is this bigger than politics?