AUSTIN, Texas - Texas lawmakers on Monday released their first draft of a new congressional map for the next decade that includes two new districts in Austin and Houston — metropolitan areas with diverse populations which fueled much of the state's population growth over the past 10 years.

While many incumbents appear safe in these maps, others were drawn into districts that overlap with one another — for example the proposed map pits Houston Republican Rep. Dan Crenshaw against Democrat Rep. Sylvia Garcia. It also pits two Houston Democrats — Reps. Al Green and Sheila Jackson Lee — against one another.

The maps were proposed by State Sen. Joan Huffman, R-Houston, who leads the chamber's redistricting committee.

Democrats, who have been out of power for decades, have attempted to make state elections more competitive but the redrawing of congressional maps gives the GOP an opportunity to lock in their advantage for another decade.

Texas' current 36-seat congressional delegation is made up of 23 Republicans and 13 Democrats. In the 2020 presidential elections, 22 voted for Trump and 14 went for Biden. But half of the entire delegation was relatively close in that election, meaning neither candidate received more than 60% of votes in the entire district. Those numbers signal increased competition between the two parties in the state.

Under the new map, Texas will have 38 congressional seats.

Huffman's first 38-district proposal would widen the gap between the parties, creating 25 districts that voted for Trump in 2020 and 13 that voted for Biden. Fifteen out of the 38 districts would have been relatively close in that election, meaning neither candidate received more than 60% of the votes in the entire district. 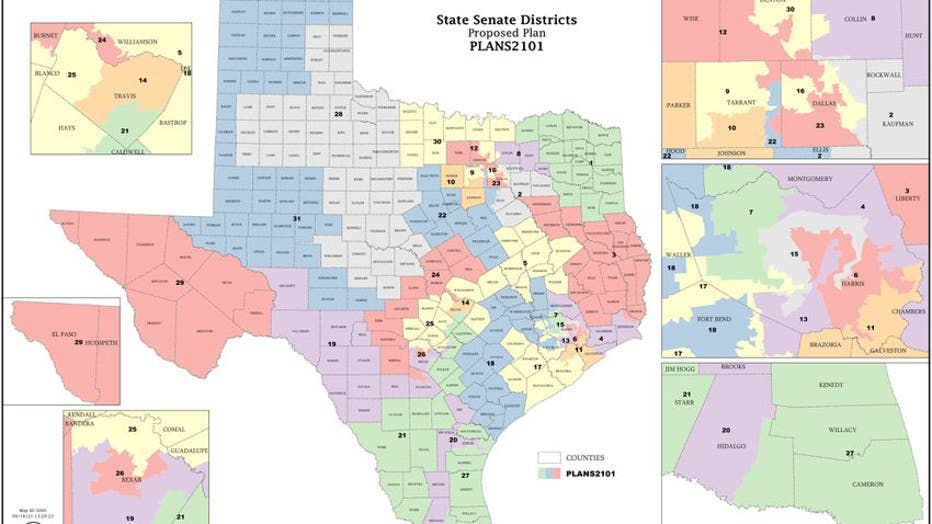 The racial make-up of the congressional maps is also expected to change as Texas added two new congressional seats based on last decade’s population growth, which was mostly driven by people of color. The current map includes 22 districts with white majorities, eight with Hispanic majorities, one with a Black majority and five that have no majority.

The newly proposed map includes 23 districts with white majorities, seven with Hispanic majorities, none with a Black majority and eight that have no majority.

This is only the first draft of the map, which is likely to change before it's passed by the Texas Legislature and signed into law by Gov. Greg Abbott.

Check back with The Texas Tribune for more updates.